My friend Shay has a yummy cooking blog, and she talks about “girl math” a lot.
For example, if cookies have oatmeal in them, then they are really a breakfast food…or if a cake has pumpkin in it, then it might as well be a vegetable and she should probably eat twice as much.
Girl Math.
The first math that I have ever understood, because IT JUST MAKES SENSE.

So, here is a simple fashion equation:

Dang. I’ve NEVER been good at math.
I do however plan to subscribe to Girl Math for fashion. For example, if something costs $4, I should probably buy a boat load. If something is 40% off, then it’s basically free.
You get the idea.

(Random math story: I met my hubby in 10th grade algebra. I believe it was my fashion forward thinking, even at such a young age, that probably attracted him to me. Who could resist the allure of grey stretch pants, a long denim shirt, scrunchy socks, tennis shoes and a high pony tail? I mean really, he didn’t stand a chance.) 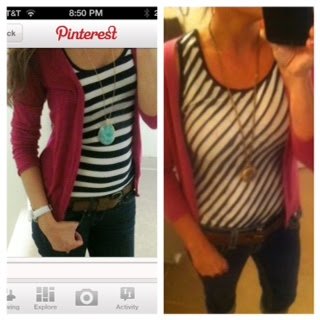 (Inspiration photo originally found here.)
I never ever ever would have put this combo together if I hadn’t seen the inspiration photo…
Never ever.
And you know what? I like it!
Black and white tank: The Loft (at least 3 years old)
Magenta cardigan: The Loft (around 5 years old)
Brown belt: The Loft (purchased last year)
Jeans: L.A. Idol, (purchased at Swanky 2 summers ago)
Necklace*: Lucky Brand, (purchased at Swanky at least 3 years ago)
Shoes: Target (on clearance a couple of summers ago for $8)
Do you hear that Chris? EIGHT DOLLARS! What a deal.
Oops. Just realized you can’t see the shoes in the pic. But $8 shoes still deserve a mention.
*It’s hard to see in the pic, but the necklace does have a turquoise stone in the middle.

So, with only two style posts under my belt, you might be sensing a theme.
The Loft is without a doubt my go to place for clothes and accessories. It has been for years.
You will be seeing lots and lots of LOFT clothes, some most likely dating back to as long as 10 years ago or so.
Not even kidding.
Other frequent players will include Gap, Gap Outlet, Target, and J Crew Outlet, with a sprinkling of TJ Maxx for a random great find.

AND,
if you’re a friend of mine, you know another theme will soon emerge…
My DEEP love of the cardigan.
(Not really sure about the “grandpa cardigan”…but if we’re being honest….I would probably like it. I do my best not to discriminate against a cardigan of any kind.) 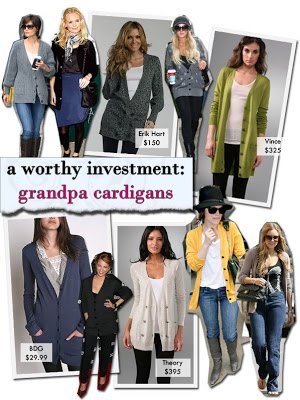 I have been in a loving and committed relationship with the cardigan since about 1994.
I had matching sweater sets in every color of the rainbow. You know the ones. Where the sleeveless shell and the cardigan were the same color?
I might have even tied a couple of the cardigans around my shoulders a couple (hundred) times when I was really trying to look nice. 🙂
And somebody I know even went so far as to tie the cardigan around her waist every so often.
That somebody may or may not have been me.
Lucky for me, 98% of the outfits on Pinterest include a Cardigan.
Finally, the cardigan is earning some street cred!

In addition to my obsession with my dear old friend the cardigan, I also have a much newer obsession….
the scarf.
My friend Lisa joked the other day that I was replacing my cardigan obsession with a scarf obsession.
I assured her this was not the case. I was not abandoning the cardigan.
That would be wrong on so many levels.
I was simply adding a new obsession. 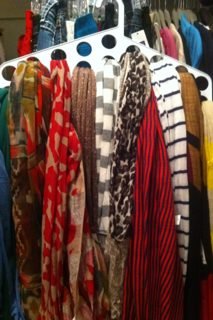 Oh my gosh, I just thought of something….
cardigan + scarf = AWESOME
That’s some Girl Math at it’s best.

2 PERFECT TRANSITIONAL PIECES! + Outfit and Jewelry Ideas (and a code)! 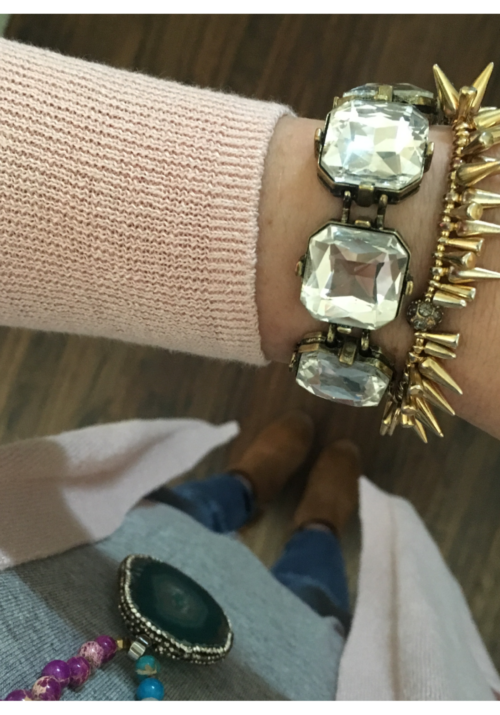 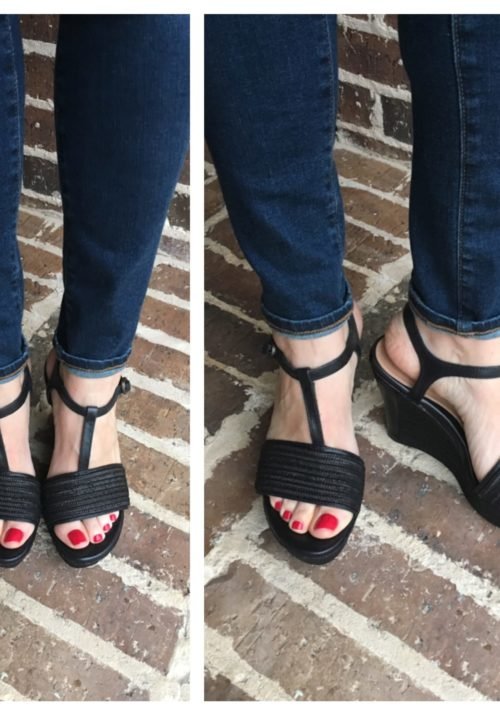 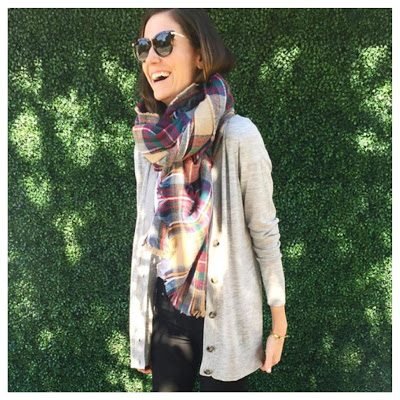