The world is watching in disbelief as Houston and all of the surrounding areas are covered in water.  My heart is so heavy.  I know today is supposed to be What’s Up Wednesday, but after talking to Shay and Mel, we decided to postpone WUW until next week.  Please hold your posts and link up with us then.  Today we need to talk about helping our fellow Americans.

I know that many of you have friends and family that have lost everything.  I have several friends that are in that situation.  They are so grateful for their lives, but the devastation in their communities is catastrophic.  They are going to have to rebuild their lives.  And this rebuild isn’t going to happen next week.  It will take months and months, possibly years, before a since of normalcy returns.  In order to make this happen, we all need to GIVE.

I’m going to list several ways to give today, but I also want to make sure you read through to the bottom of this post for a story of hope.  In addition, I will be linking to a friend’s facebook post that recounts things he witnessed when rescuing people on Monday.  He shares several amazing stories and gives us a glimpse into the humanity he witnessed. 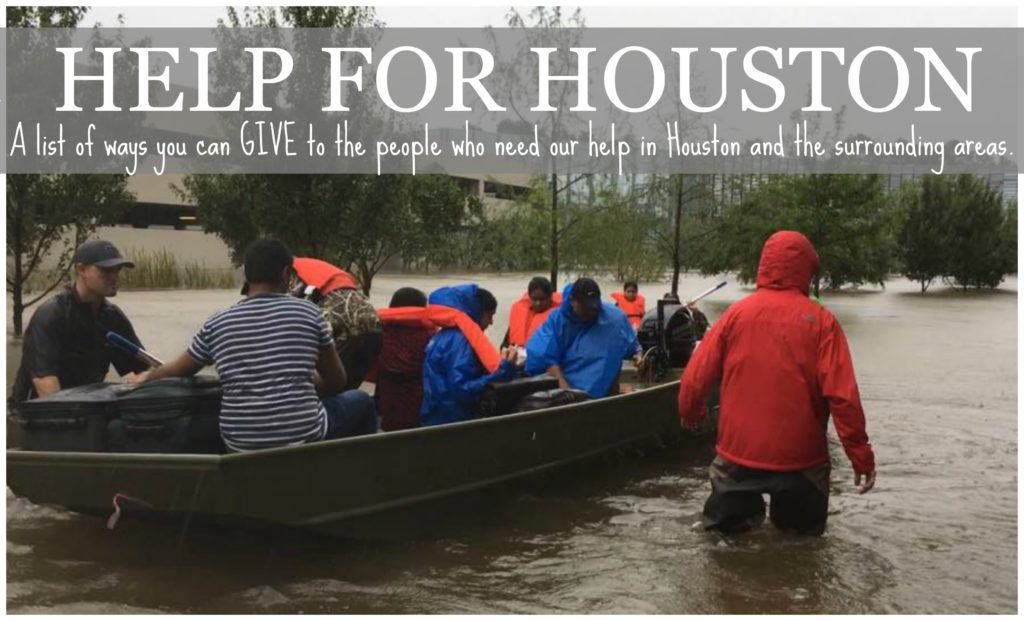 Houston and it’s surrounding areas are in a state of emergency, AND THEY NEED OUR HELP. I’ve compiled a short list of ways to help from information that I’ve received from our church as well as from people who’ve been through disasters like this. I’ve learned that money is the best way to support people right now.  There are some organizations that are asking for specific supplies that they are prepared to disseminate (please don’t veer from what they are requesting), but otherwise, a monetary donation is the way to help.

*Go to www.samaritanspurse.org to make a credit card donation. I’ve had readers comment on how this organization helped them previously in times of need.  They have 5 tractor trailers currently on their way to Houston.

*Text HARVEY to 90999 to make a $10 donation to the American Red Cross. You can do this multiple times.  You can also visit redcross.org or call 1- 800-RED CROSS.  The Red Cross depends on financial donations to help provide immediate relief.

*JJ WATT (a Houston Texan football player) created a donation page and he pledges that 100% of the donations will go straight to disaster relief, to the people in need.  I don’t know much about JJ, but everything I’ve seen written in the last couple of days raves about him and his generous heart.  People that have seen him in action are vouching for the fact that all of the money is going to go directly to the people. You can find the site HERE.  When I checked early yesterday it was at 1.6 million.  The last time I checked (yesterday at about 7:45), the total was up to $4,300,000!

*My friend Courtney and her husband Josh started a non-profit called Mission Regan several years ago in McKinney.  They specialize in delivering medical supplies to those in need (both locally and abroad), and right now they are putting together teams to deliver supplies to the hard hit areas in Houston.  The first team left yesterday, but they are already preparing for the 2nd round. Click HERE to donate.  Please specify “hurricane relief” in the square NOTES section and select “general fund” in the drop down box.  Click HERE to hop over to their facebook page to see a video they filmed yesterday showing some of their preparations getting ready to go.

*UMCOR (United Methodist Committee on Relief):  you can donate HERE, and you can go HERE to find out about how to make relief kits.  They are not in need of volunteers at this time.

*The United Way has also announced a way to text a donation: Text UWFLOOD to 41444 to donate to the United Way Flood Relief Fund.

*Donations to support The Salvation Army’s Hurricane Harvey relief efforts can be made at helpsalvationarmy.org or by calling 1-800-SAL-ARMY.

*The Texas Diaper Bank has issued an urgent request for donations, stating that diapers are not provided by disaster relief agencies. The diaper bank will be distributing emergency diaper kits to affected families.  You can donate money HERE, or you can send diaper to the following address: The Texas Diaper Bank      5415 Bandera Road, Suite 504  San Antonio, TX 78238

SHOP FOR A CAUSE:
*From now until the end of September, Chip and Joanna Gaines are donating 100 percent of the proceeds from their “Texas Forever” T-shirt towards Hurricane Harvey relief efforts. 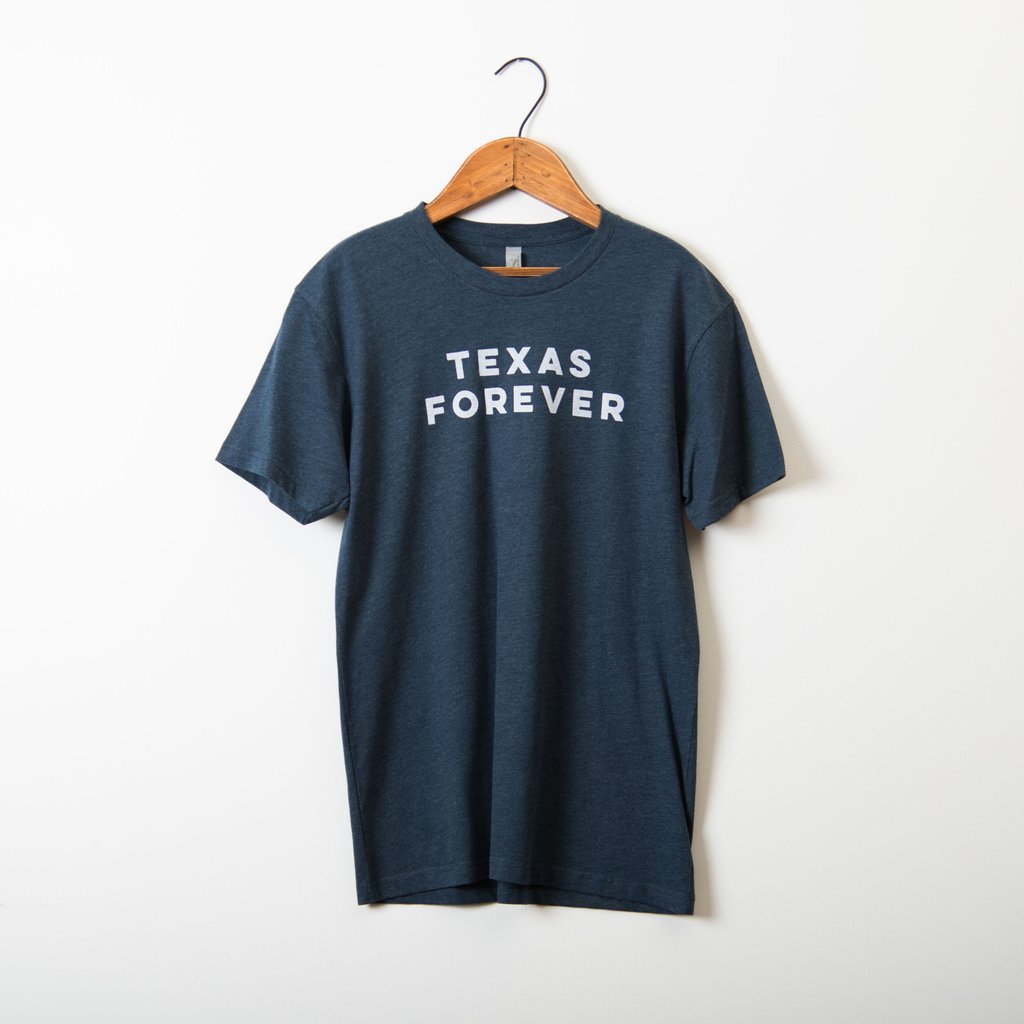 *I’ve talked about Nickel and Suede before (I love their lightweight leather earrings), and they announced that they will be donating 30% OF ALL online sales for the next two days to efforts to restore lives and relieve suffering in Houston. 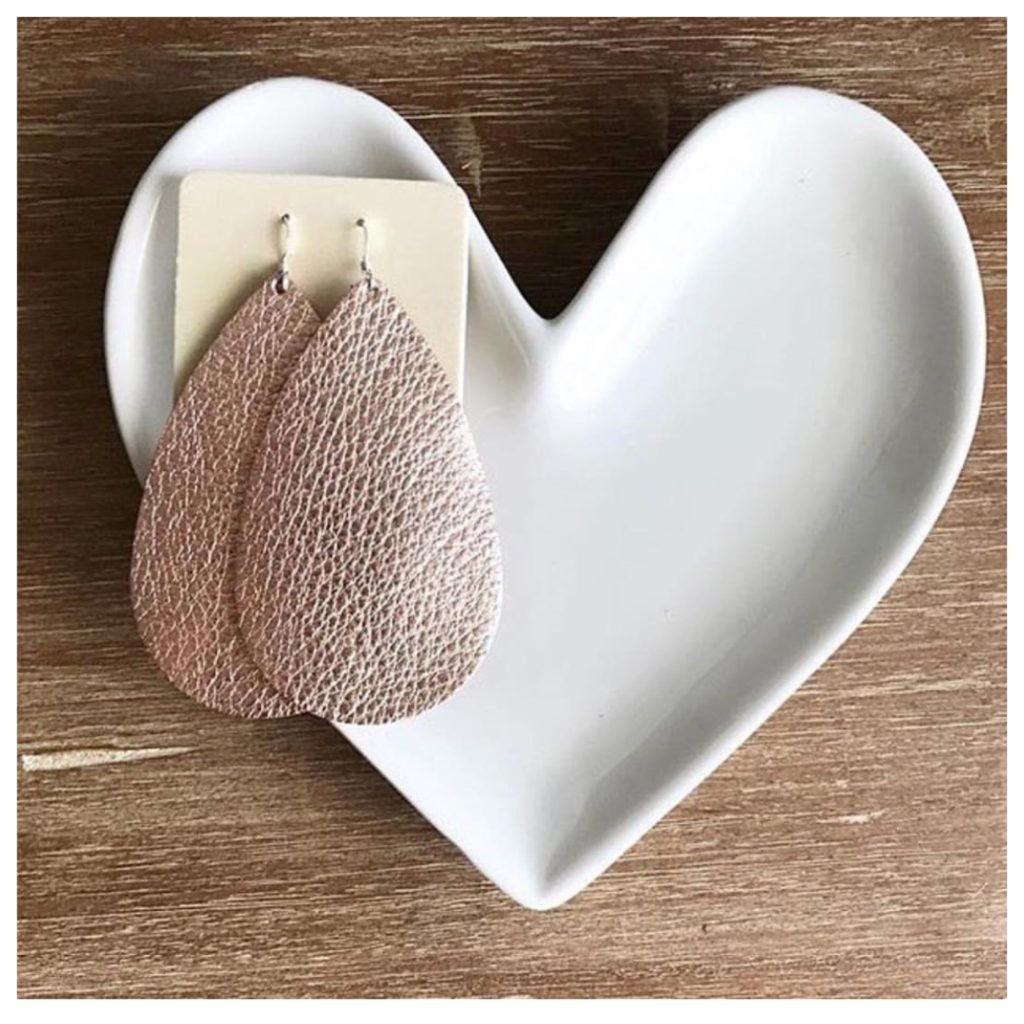 *My friend Tori at ALL THE WIRE created an awesome Texas Strong bracelet.  $10 of every sale will go to disaster relief. 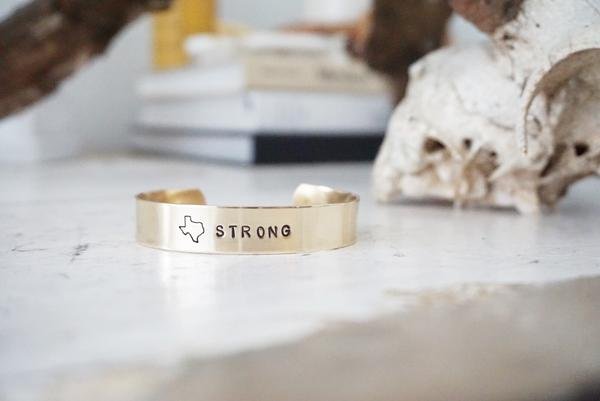 FOR DALLAS PEOPLE:
Thousands and thousands of evacuees began arriving in Dallas yesterday, with makeshift shelters at the Convention Center, schools and recreation centers. Trusted World has set up donation centers with needs specific to the shelters: diapers, baby wipes, toiletries, feminine hygiene products and nonperishable food including baby formula. The only clothing items that are needed at this time are packs of underwear and socks. Go HERE for locations and hours and/or to sign up for a time to volunteer.  My friend Cassie took water and diapers yesterday with her family, and the video was so touching.  People are ROLLING OUT in support of Houston, and I’m telling you, it was heartwarming to see.  We will be doing this ourselves either Thursday or Friday.  This sounds like the perfect way to get Carter involved.

Comments welcome if you have other organizations to suggest for giving!

UPDATE:  While watching Channel 8 news this morning, I learned about Amazon Wish Lists for different organizations. What an easy way to help!

NOW, TIME FOR SOME BEAUTIFUL STORIES!

If you follow me on social media, they you already heard this story.  It’s so good, I of course wanted to share it here too because it’s a story of hope.  I have friends in Houston whose husbands have been out in their boats, rescuing families. I’m so proud of these men for being the hands and feet of Jesus to so many people in need. I have one amazing story from my friend Jill (you may remember Jill from last summer when her son Drew had an AVM, soooo many of you prayed for them) that I want to share with you. Jill and her family live in Memorial, one of the areas that was hit hard. So far, their house is somehow okay (and they are hoping it withstands the levee breaches), but their neighborhood is devastated.

Jill’s husband Michael and his friends have servant’s hearts, and they’ve been rescuing families in their boats. Jill told me they rescued a young family with young children who were obviously very distraught. After rescuing them, he found out that the family was the daughter, son-in-law, and grandkids of one of their previous pastor’s, a pastor that was instrumental in shaping their faith. I know stories like this bring hope, so I wanted to share it here.

Also, thank you to my friend Carrie for the above picture that her husband Victor took during the rescue efforts he participated in with his friends.  Click HERE to read a facebook post that Vic wrote late Monday night after returning home from rescue missions.  During the worst of times, he witnessed the best in people.

My facebook feed has been filled with SHARE AFTER SHARE of God showing up.  The stories highlight people trusting in God and showing immeasurable faith:  furniture store owners opening up their stores as shelters, people breaking out in praise and worship songs in shelters, ordinary people risking their lives to save people they’ve never met.  It’s all incredibly inspiring.

I want to leave everybody with one thought.  Even with all of the poignant pictures and videos on the news and social media right now, I think it’s still sometimes possible to watch the news and feel removed from the stories if you don’t personally know the people affected.  Please, don’t allow yourself to feel removed. Even if you don’t know anybody personally affected, imagine it’s your sister, your mom, your child.  Give what you can.  Let’s all rally around these families and give them some tangible support.  The world is watching, let’s show them how we help each other!  AND KEEP PRAYING!!!!!!

Isaiah 43:2  When you pass through the waters, I will be with you. 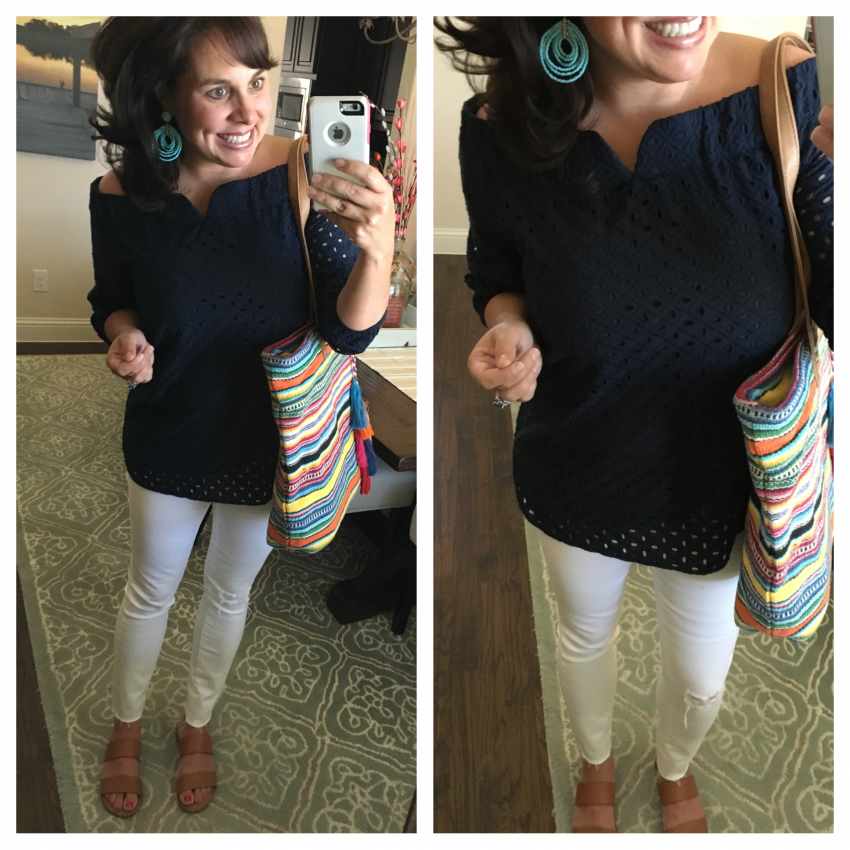 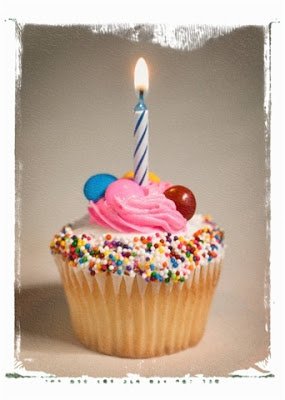 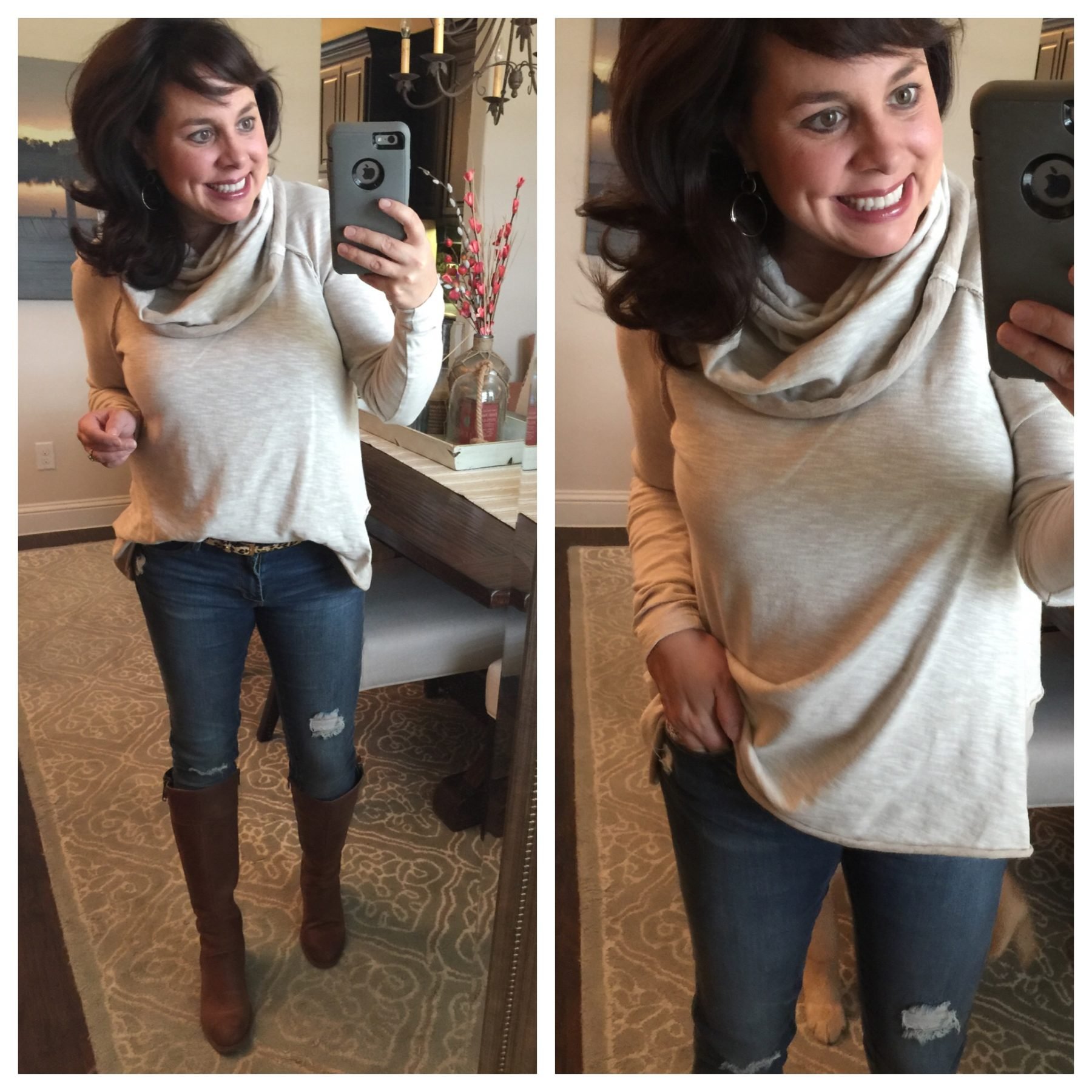