This post is sponsored by Disney+ and ShopStyle. I hope you always trust that I only highlight and promote items that I truly love.  Thank you for supporting the brands that support Sheaffer Told Me To!

Do y’all have Disney+ yet?

Well, we have it and we are FULL. BLOWN. OBSESSED.

And not just Carter, the entire family.  We are all absolutely hooked!

I saw a quick segment on Good Morning America, and I was convinced. They explained in very simple terms exactly what Disney+ is and what all it offered, and all of a sudden, the MAGIC that Disney is known for had captured my attention!

It’s my hope that if you don’t have a full understanding of what Disney+ is, that I help you understand today.  I want you to be able to make a fully informed decision on if this service is right for your family.

It is soooooooooo much more than just animated films. We’re going to go through all the nuts and bolts of what you need to know today, but my very favorite part of Disney+ is easily the fun family time that it’s created.  That is priceless, y’all.  There’s not much I love more than having all of my people piled up on the couch with me in comfy clothes and under cozy blankets.  Being all snuggled up together is just the best. 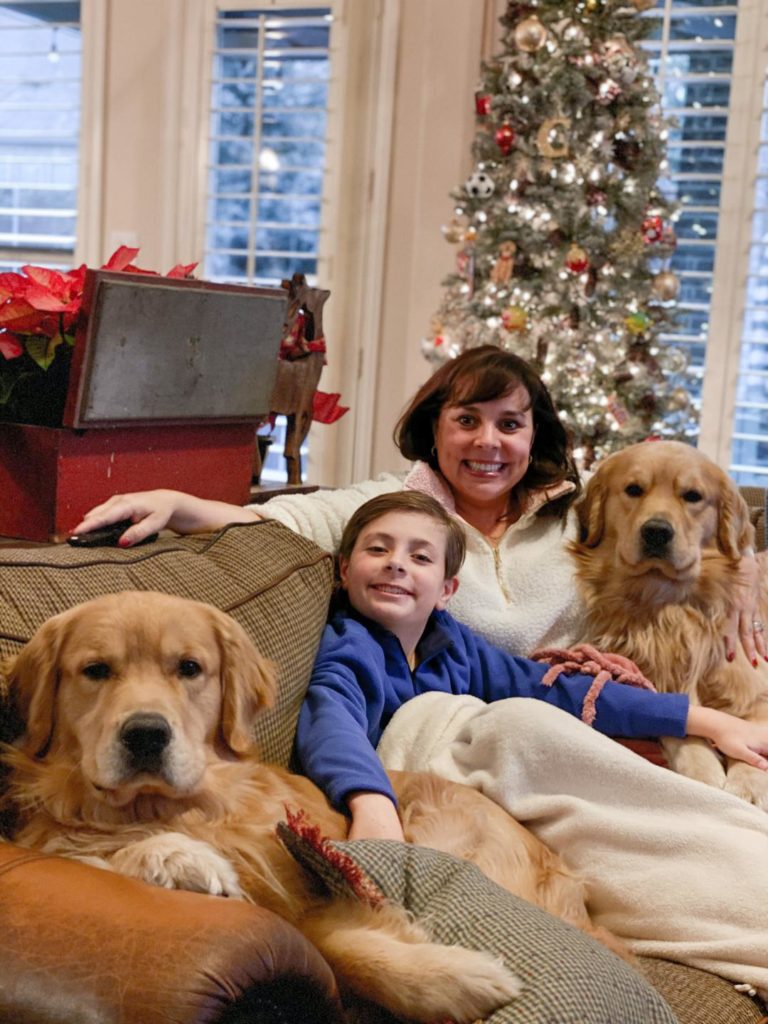 In the most simple terms, Disney+ is a streaming service that will house tons of Disney’s content in one place for you.  It’s all at your fingertips, and it’s super easy to access.

WHAT EXACTLY IS ON DISNEY+ ?

Think of Disney+ as the new home to ALL THINGS DISNEY.  Their catalog includes movies and t.v. shows since the birth of Disney, plus exclusive and original content.

It’s not just the Disney films that immediately come to mind…we’re talking Pixar, Marvel, Star Wars, and National Geographic.  This is what made me realize that our family was actually a great fit for this service.

And get this, it’s ALL AD FREE!

And for all of us parents that are concerned about the content our kid’s have access to, nothing carries a rating above PG-13.

HOW MUCH DOES IT COST?

This is going to shock you.

HOW DOES IT WORK?

Signing up for Disney+ is SO EASY.

If you have a Smart TV, all you do is find the Disney+ app.  (Depending on TV brand and year, you might have to download the app if it’s not already there for you.)  Simply open it, and it will walk you through the next couple of steps.

And listen to how cool this is! When you subscribe to Disney+, it will work on ALL of your smart devices.  You can even download the app on your phones and/or tablets and everything will be there as well!

Carter was totally pumped when he realized he had access to everything on his tablet too!

MY REVIEW OF DISNEY+

SPOILER ALERT:  WE FLIPPING LOVE IT!

First and foremost, Family Movie Nights have always been a favorite thing at the Sims’ house, so Disney+ is right up our alley for that reason alone.  We love to pile on the couch, snuggle up, pop some popcorn, and settle in for a movie.  Now, I will say the most difficult part of movie night for us has always been finding something that’s appropriate for all of us that all of us want to watch.  Disney+ just made that a whole lot easier because their catalog of shows and movies is vast.

Carter is most excited about the fact that all of his Marvel favorites can be found in 1 place.  This kid is a HUGE fan of Marvel, and I have no doubt he will work his way through each movie. 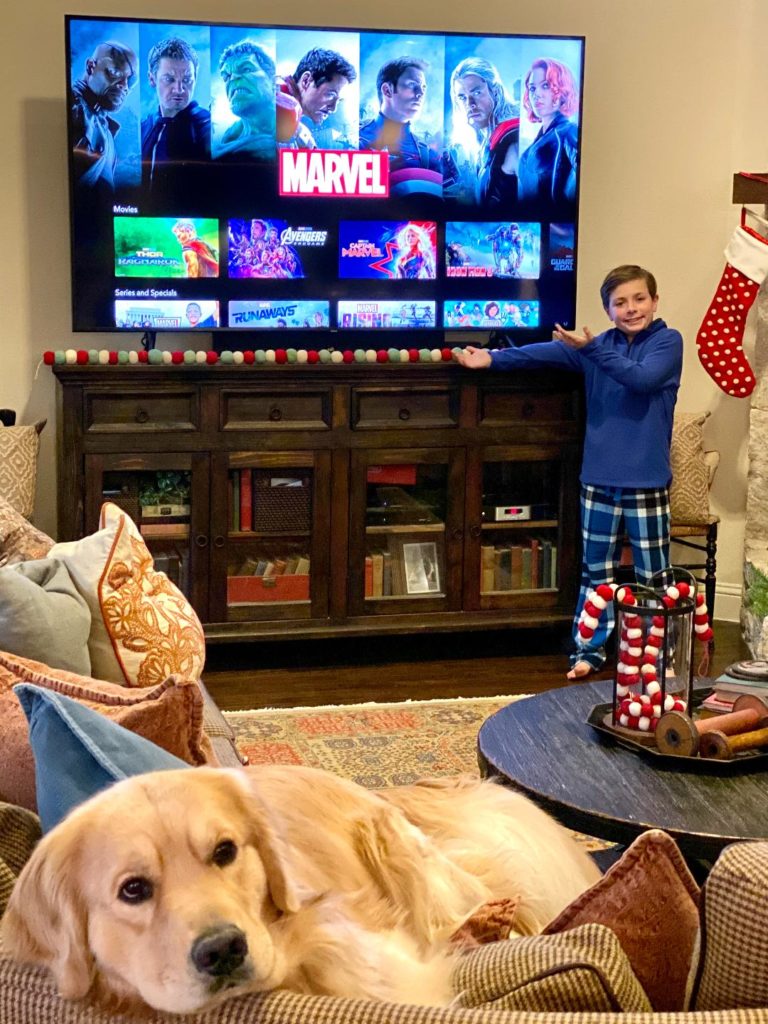 In addition to the movies, Disney also has a great selection of original series. 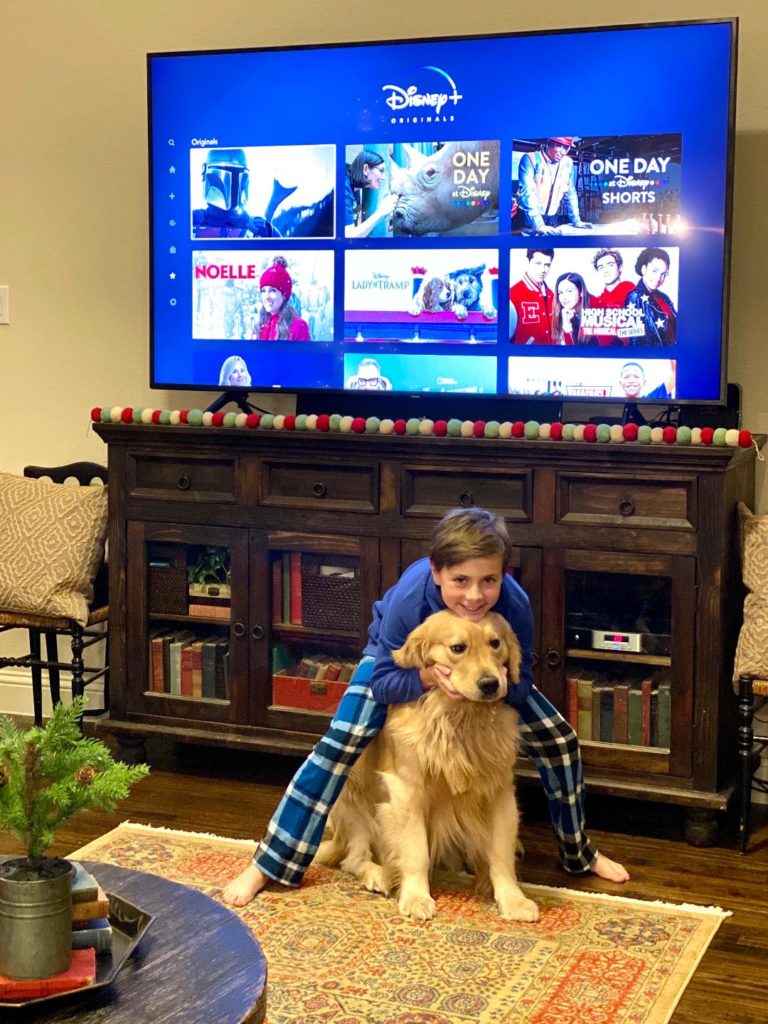 Encore is just one of their original series.

Kristen Bell (LOVE HER!) hosts, and she gives people that starred in their high school musicals a chance to reunite for 1 more show.  Isn’t that a crazy fun concept?  One fact you probably don’t know about me is that I was a theater kid in high school, so this show is right up my alley!  My gosh, it is such a trip watching these adults return to their high schools and hop on stage with old friends. 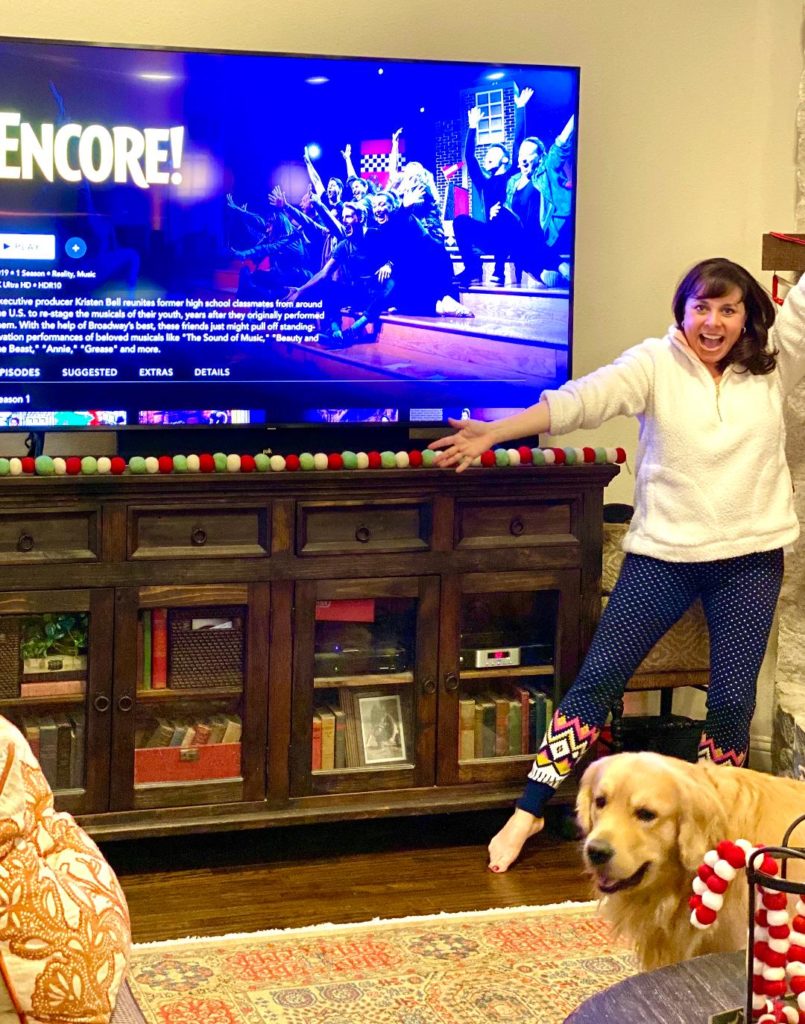 Carter is pumped about The Mandalorian, the much anticipated original Star Was series.  We’re now 5 episodes in and he is hooked. 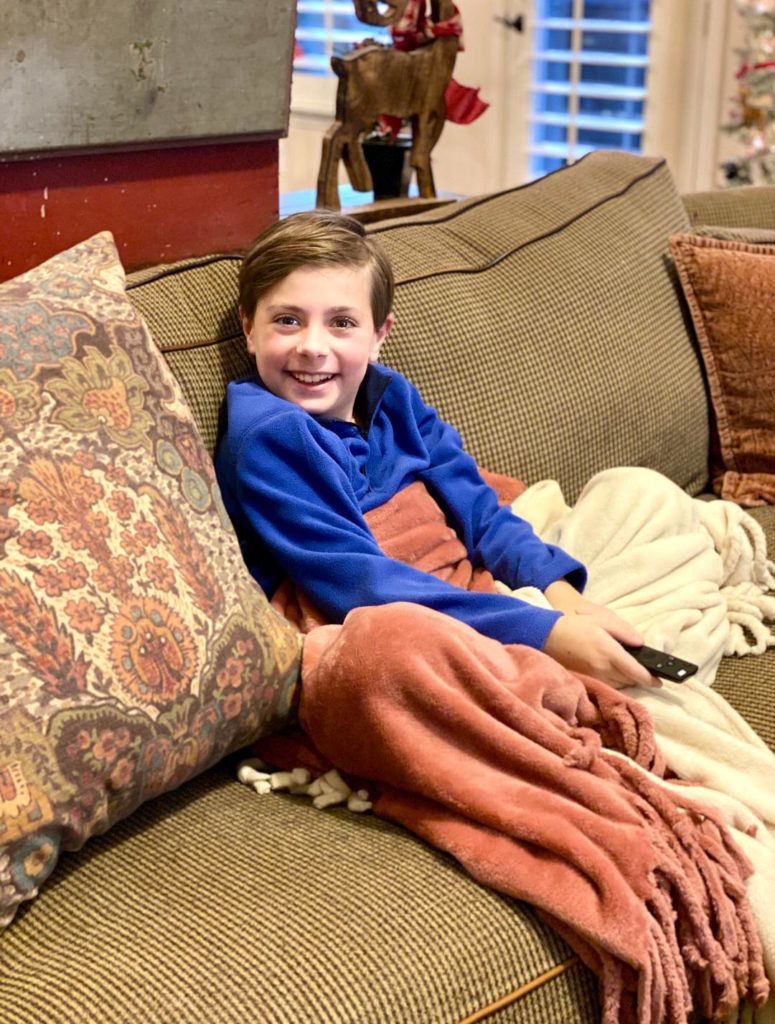 The National Geographic component also has lots of great documentaries to choose from. Chris and I just watched one called Free Solo that followed rock climber Alex Honnold on his quest to climb El Capitan in 2017.  And y’all.  He did it by himself, and WITHOUT A HARNESS.  My heart was racing the whole time watching it! 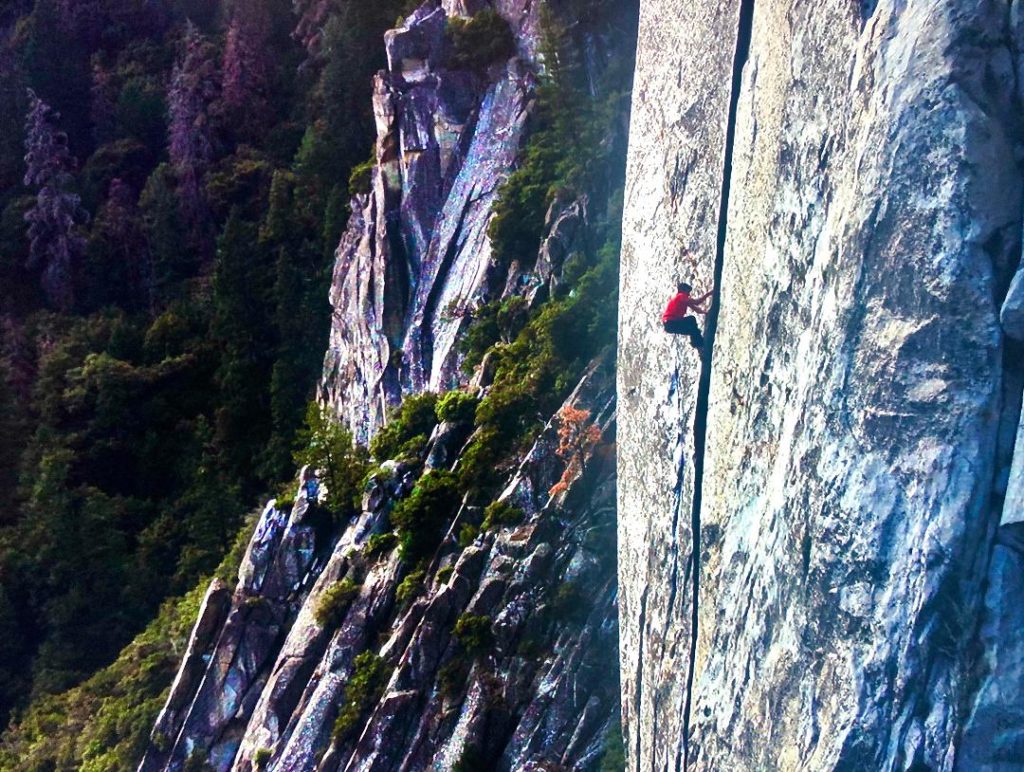 And I’m telling you, much of the fun is now sorting through all of the many amazing choices when trying to settle on the feature film or show for the night.  So much great stuff, y’all! 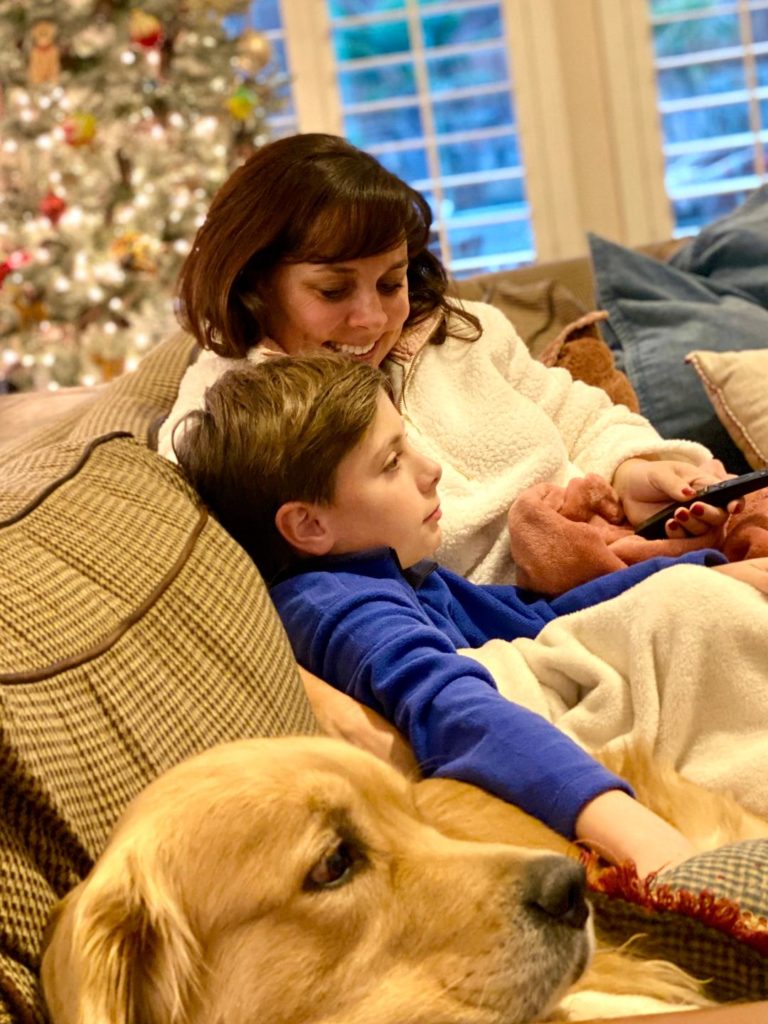 The sheer variety of shows to choose from is overwhelming, but in the best possible way! 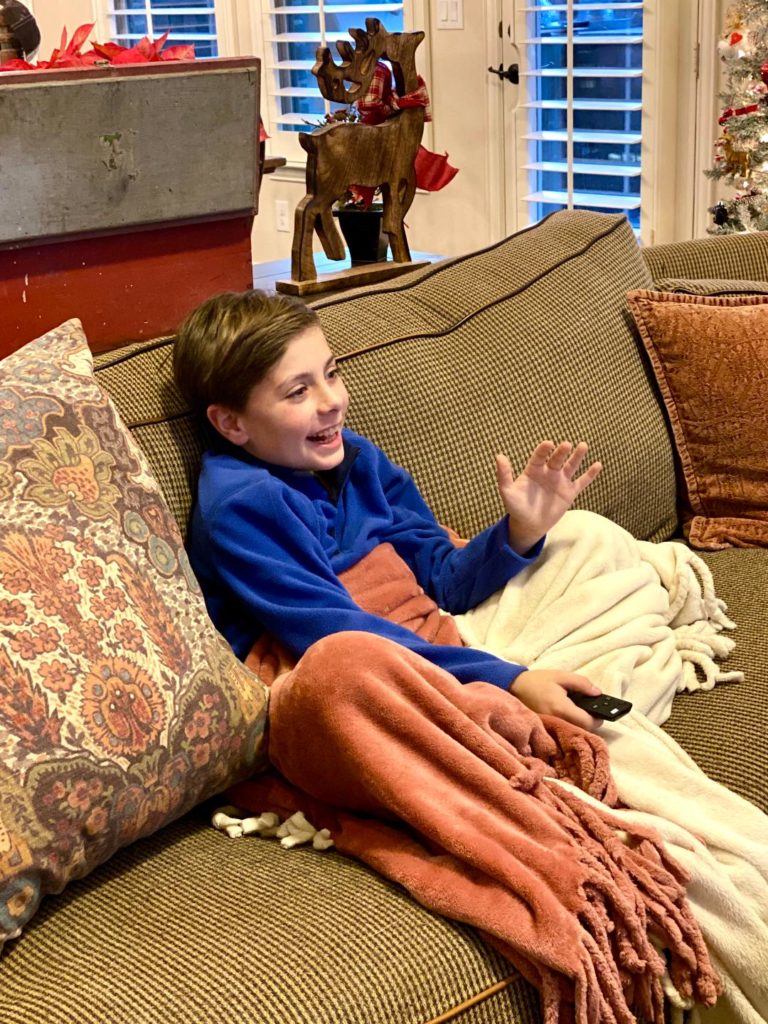 I’m having the greatest time relaxing at the end of a long day watching an awesome show, and I’m thankful for extra couch time with all of my people. 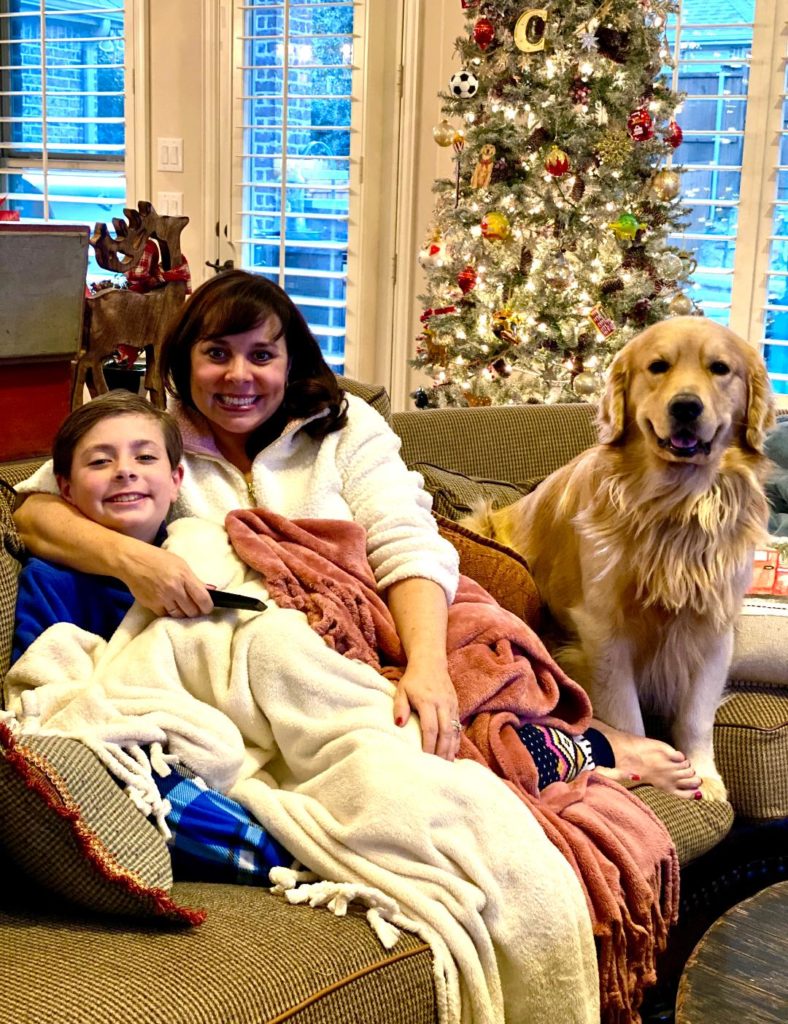 The furry guys are appreciating more couch time with us as well. 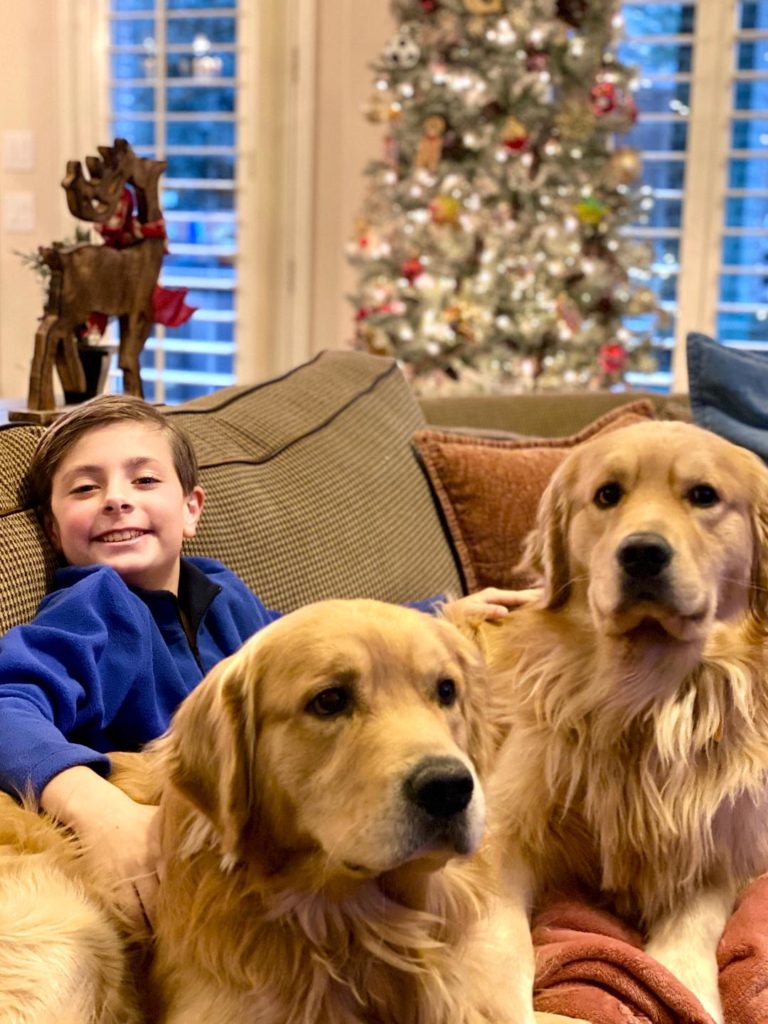 Disney+ has introduced a whole lot of extra fun into our nights and weekends!  We are thrilled with subscription, and will without a doubt be renewing each year.

Now that we have it, I cannot imagine not having it.  Ever. 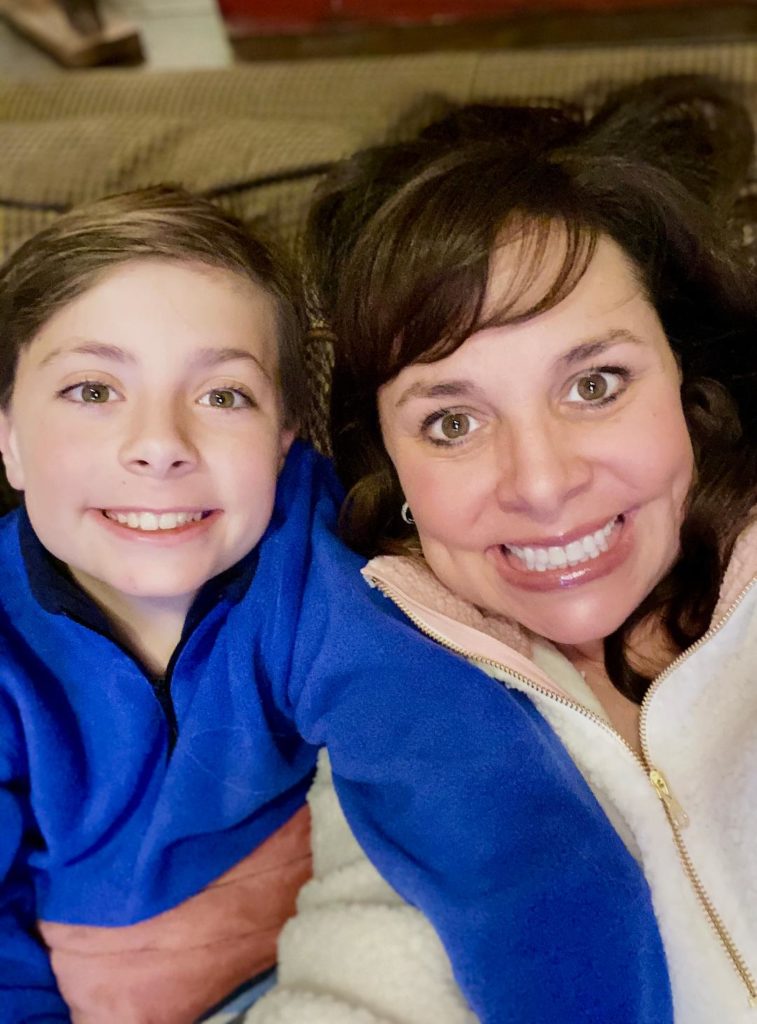 Signing up is as easy as clicking HERE and following a few simple steps.

If you’re still not sure you want to commit to a year, you can also click HERE to sign up for a 7 day free trial!  I love that there is this option, but I’m telling you, you’re going to be signing up after your free trial.

A huge thank you to Disney+ and Shopstyle for sponsoring this post.  And an even bigger thanks to the masterminds at Disney who created this service.  More time with my people is priceless!

Mix and Match Cozy Pieces (and a code!) 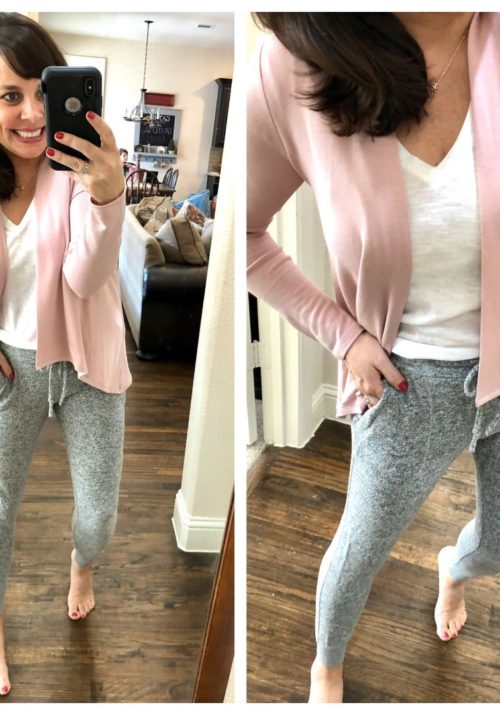 The Bachelor Episode 5 Recap: Sponsored by New Mexico, not to be confused with just Regular Ol’ Mexico 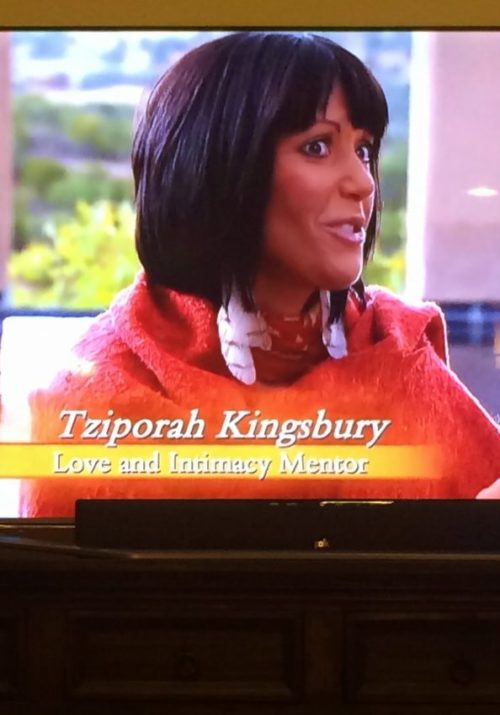 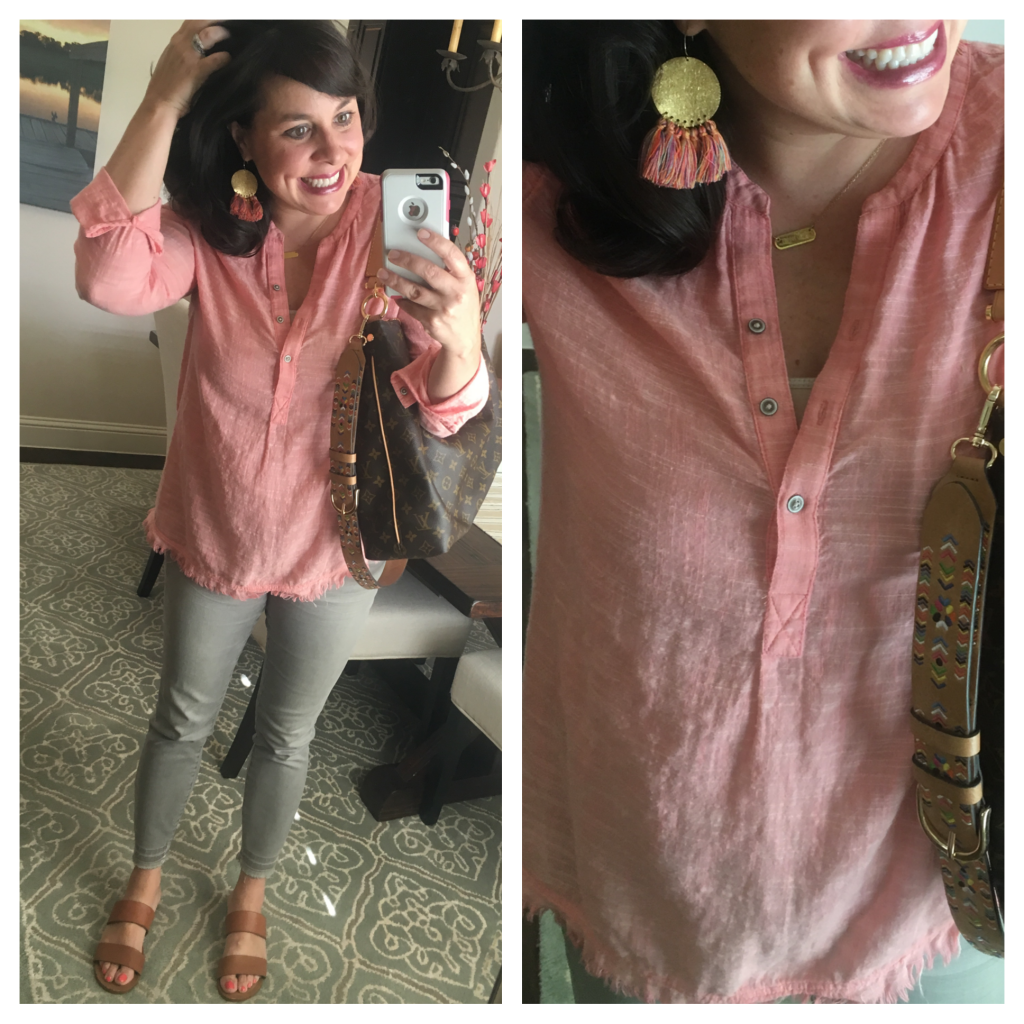