If you’re new to the blog today, you need to make sure you check out
my ode to the spring blazer HERE.  🙂

SALE UPDATE! (things have changed since yesterday):
GAP is 30% off with code GAPSHOP. Click HERE.  LOTS of new things in!

The LOFT is an additional 40% off of sale items.  It’s also buy one top get one 50% off with the code TOPSBOGO. Click HERE to shop!
J Crew Factory  is up to 40-50% off women’s and men’s polos and shorts.  Prices as marked. Click HERE.
Banana Republic is 30% off your purchase over $150 with code BRTAKE30. They are also having a suiting event.  If you or your man needs a new suit, now may be the time!  Click HERE.

Old Navy is 15% off women’s and maternity with the code ONSAVENOW. Click HERE.

And don’t forget that Nordstrom is having an amazing free gift with purchase offer right now.  If you are needing make-up, skin care, or perfume you might as well get it now and benefit from the free gift.  Just click HERE.

On to DANCING WITH THE STARS!
(if you are like me, you can’t say “Dancing With The Stars” NOT in the voice of the announcer.)….
All of the dancers were supposed to do a dance representative of the best year of their lives.
And….get ready to hide your face…the celebrities all have to do 15 second solos.
Um, yeah.
I might have cringed once or 7 times.

First up…
Sean and Peta:  Viennese Waltz
Sean chose 2012 as the best year of his life because it was the year he met Catherine, and he ended the dance by laying a big fat smooch on her.
Cue the “awwwww” soundtrack!  Okay…so MAYBE it was a bit cheesy.  🙂
But I must say, I think Sean and Peta are LOTS of fun to watch, and there is no doubt he is getting better and working his tail off.
He and Peta seem to have really good chemistry together, and that makes it fun for me to watch them! 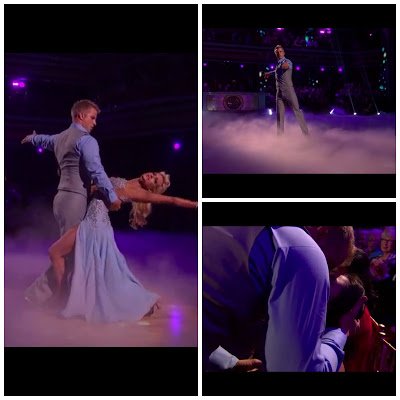 Sidenote:  I was totally loving the light blue and grey combo of their costumes!  (I am going to have to totally put an outfit together with these colors in the future.)
Anyway, I went to do an internet search for “light blue and grey dress” to see if there was anything out there already put together.  I didn’t find anything that was light blue and grey,
but the search highlighted THIS dress for some reason.
It’s not blue and grey, but I LOVE it and it’s a good price!
I feel like it could be dressed down for church or a shower…but dressed up for a wedding!
Make sure you watch the little video clip of it because the back is awesome!
**********
Victor and Lindsay:  Pasadoble
Victor chose 2011, the year he won the World Championship of Boxing.
He talked about how he went into that exact fight with no money, and that the win provided him with so many opportunities.
He started out strong, but I felt like he lost steam quickly. 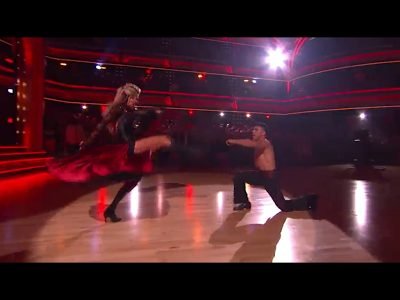 **********
Jacoby and Karina: Foxtrot
Jacoby chose 2012 for the birth of his baby boy.
His little boy was sooo stinkin’ cute rockin’ his little afro and white 3 piece suite and tie.  PRECIOUS. 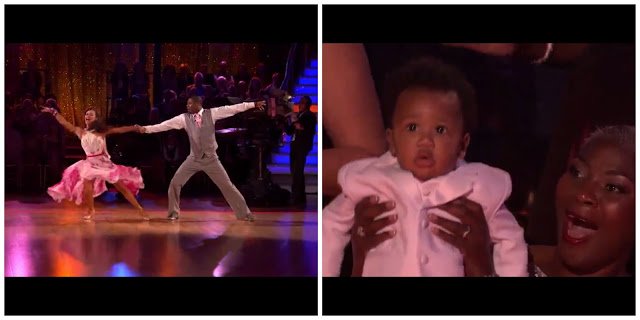 Aly and Mark:  Contemporary
Aly chose the summer of 2012 for when she competed in the Olympics.
The dance was FANTASTIC.  I mean…really REALLY good.
Yes she tumbled like she was fighting for a place on the medal stand…but even without the tumbling, it was a beautiful dance. 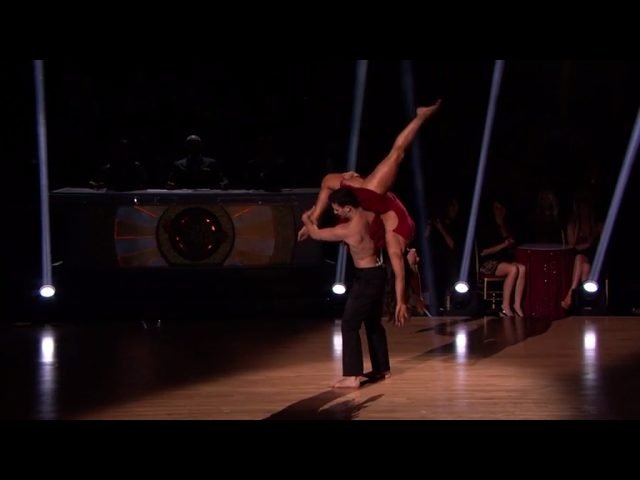 ***********
Andy and Sharna:  Viennese Waltz
Andy chose 2013 as the best year of his life.
And if you weren’t routing for him beforehand, then surely you are now.
If not, well then you must have a heart of stone.
SERIOUSLY.
He said 2013 has been “his best year ever because of sobriety,
and getting another chance to redeem himself to his kids.”
Bruno said it was “simple and effective”.  WELL SAID.  I totally agree.
Carrie Ann was bawling her head off, and you wanna know something, so was I.
#myhusbandkeptlookingatmelikeiwasacrazyperson
#sorryi’mnotsorry
Len said that Andy came on the show as a man but would leave as a hero.  Loved that. 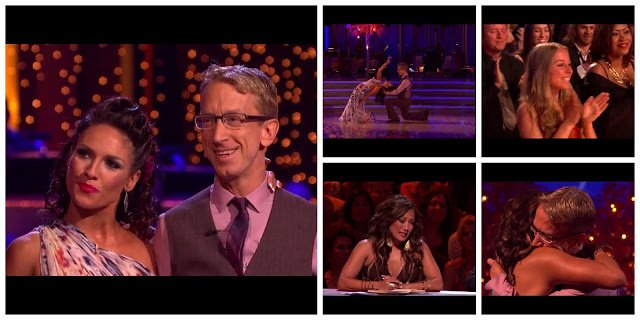 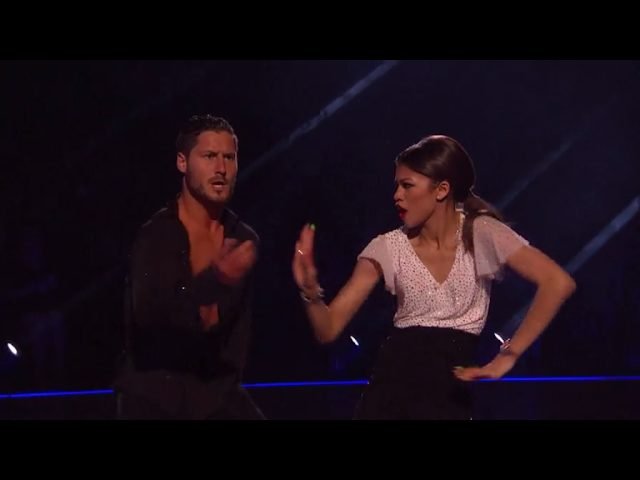 THE DANCE was FREAKING AWESOME.
She. was. fierce.
It was sassy and spunky and all sorts of fun.
She was poppin’ her body all over the place, and I enjoyed every second of it.
I might have watched it twice.
Okay..you got me..3 x.
Carrie Ann called her Baby Beyonce, and she totally was.
Score =  26
I think she deserved at least one TEN for that dance.  WHY didn’t she get higher scores?
Why?
WHY?
p.s.  This girl’s legs go on for days.
**********

Ingo and Kim:
Ingo picked 2009 for the year he married his wife.  It looks like he has such a great family life.
Ingo and Kim looked beautiful dancing together. 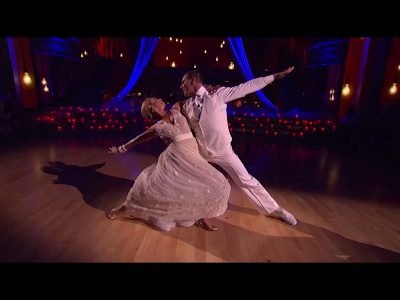 **********
Kelly and Derek:
Kelly chose the year she got married.
She talked about how she never had a strong family unit growing up and how her husband is now that for her.  It was very very sweet.
And do you see that guy on the guitar singing behind them?  That’s her hubby.
I thought the dance was good and very sweet, but it wasn’t her best dance. 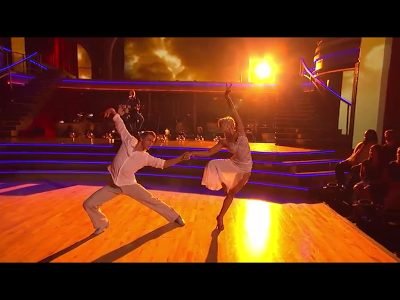 Lisa and Gleb:
So, Lisa was exhausted, she had a touch of the flu, and she fainted right in the middle
of rehearsal (on film).
Did anybody else think that Gleb seriously UNDER-reacted when she completed passed out cold on the floor?  I know the picture below on the left look like it was staged (in fact, in kind of looks like a crime scene), but it wasn’t.
Gleb kind of walked away and then just casually came back over and asked her if she was okay.
I would have been all, “Um….no Gleb.  I am lying here on the floor in and out of consciousness.” 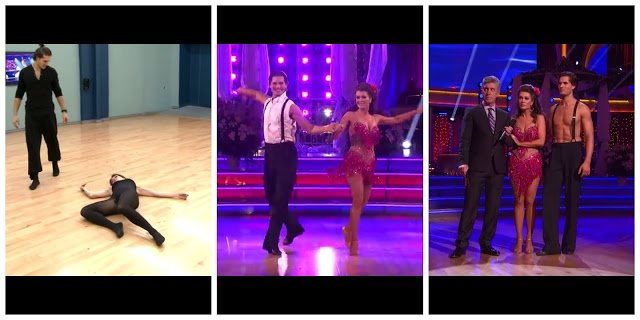 She ended up dancing, but it was a last minute decision.  It was obviously under-rehearsed, but what are you gonna do?  Sometimes life just gets in the way.
And listen, I know she’s 51, but I want her legs….and her arms……and her boobies.
Score = 18
p.s.  Good call on Gleb’s shirt coming off.
#losethesuspenders

Okay…I don’t know how this happened, but I somehow didn’t do a write up or pics
for D.L. and Cheryl.
He did MUCH BETTER, and the judges were finally nice to him!
They got a 21 and DL fell down on the floor out of pure shock.
He also said that was higher than his SAT score.  Funny!

Don’t forget to check out Shay’s blog HERE for her recap!

Each and every time I watch Dancing With The Stars, my feet ache.
I wore a pair of black patent heels to church on Easter Sunday, and I literally felt like my feet were going to just detach themselves from my body after walking from the sanctuary to pick up the kid from Sunday School.  How in the world are these people dancing in heels 8 days per week for several hours per day?
Seriously, if it’s not a wedge, I have issues.
Still, I’ve been seeing nude patent heels all over the place, and I totally want a pair.
These are some of my favs.  And I have to say, I totally dig the ones with the bow.:

Or if nude isn’t your thing, check out these hot pink patent ones (with a peep toe) HERE.
They are 20% off right now and oh so cute.
OR if you are in the market for a super sexy shoe, THIS one fits the bill.

See you back here tomorrow for some new obsessions!
(and I will be announcing the winner of the Rodan + Fields sunless tanner!)

SALE ALERTS!!!! And GINGHAM IS HAVING A MOMENT. 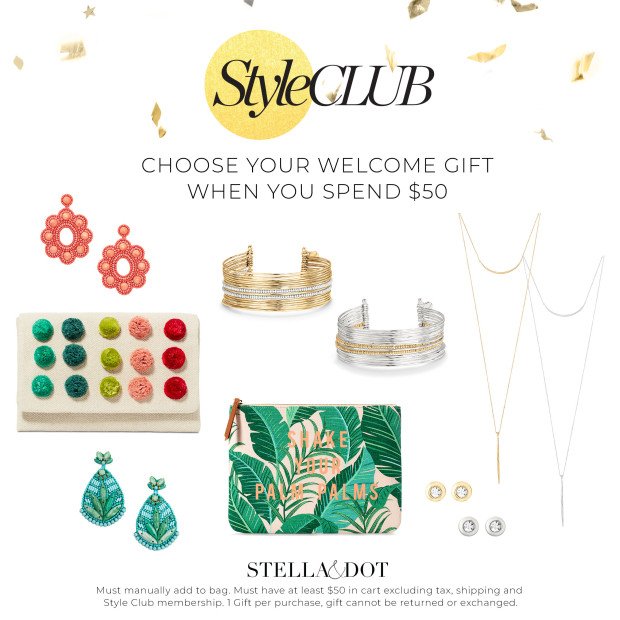 Dressing Up A Bit! 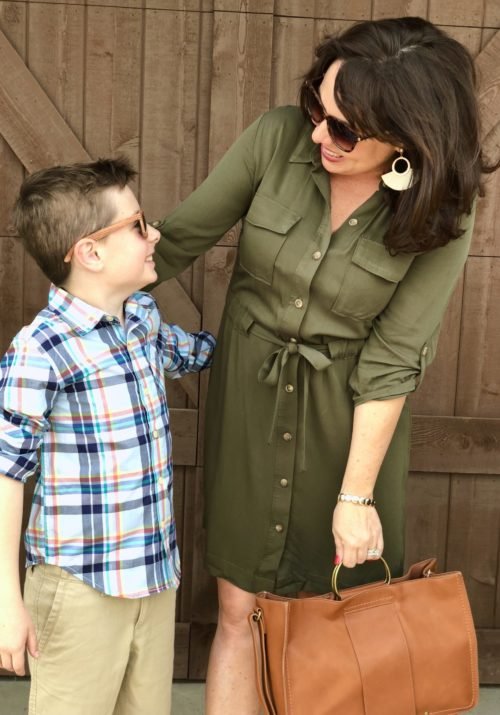 Episode 2: Off to the strip club and the races! 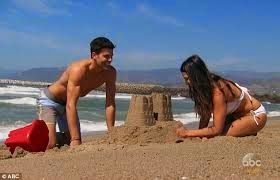