Don’t worry, we’ll get to The Bachelor in just a second….

If you follow me on social media, then you already got to see this little combo, but I wanted to make sure that blog readers got to see it as well.  My brand ambassadorship for  Sole Society continues this month, and I thought a pair of “dusty rose” booties and a “blush” bag would be perfect for February (as well as all Spring and Summer long)! And don’t worry, if the pink tones aren’t for you, the booties also come in taupe and grey…and the bag comes in cognac.

I especially love how they pair here with my favorite striped tee and my military jacket from a couple of years ago (that is still available)!!! 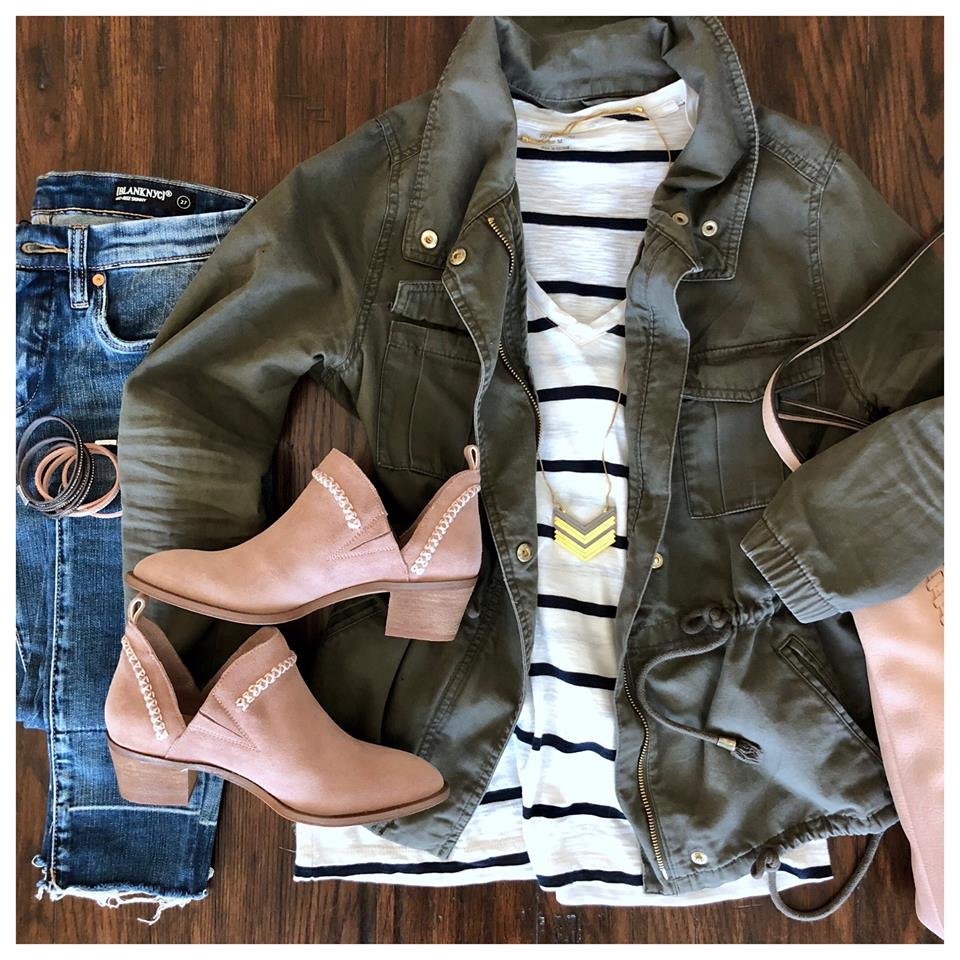 Get The Look For Yourself Here:

I’m hoping you’ll get to see the above look actually on me in tomorrow’s post!  Thank you to Sole Society for sponsoring this portion of the post!

Before we officially start, I feel like something needs to be said.  Again.  Krystal and her metaphorical glitter….although rage inducing….were also wildly entertaining.  I’m not even kidding when I say I kinda miss her. #bringbacktheglitterandthecrazy #thereisaidit 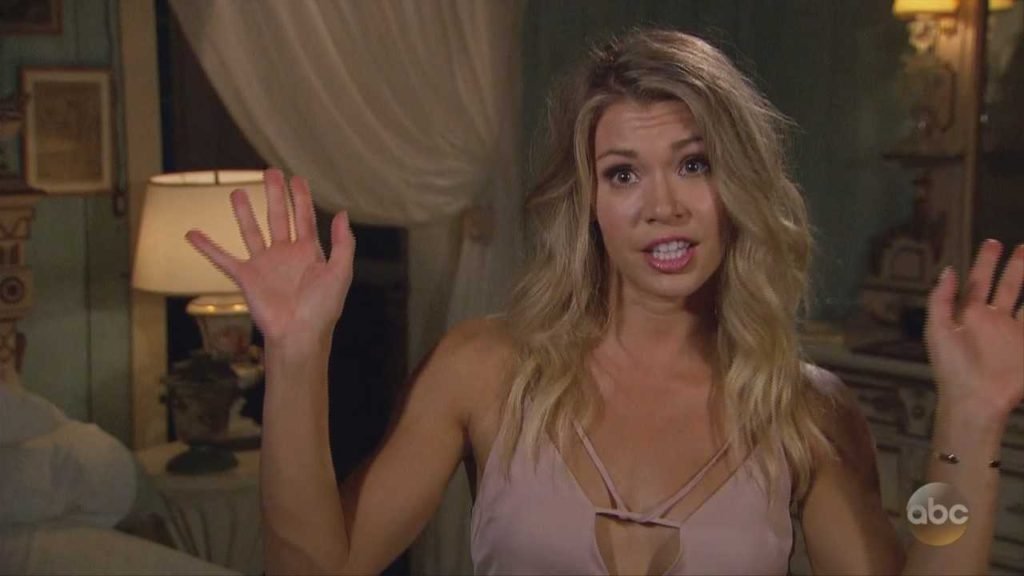 The second half of the episode started on Sienne’s date.  They went truffle hitting with a local man and his truffle dogs on a Tuscan hillside. 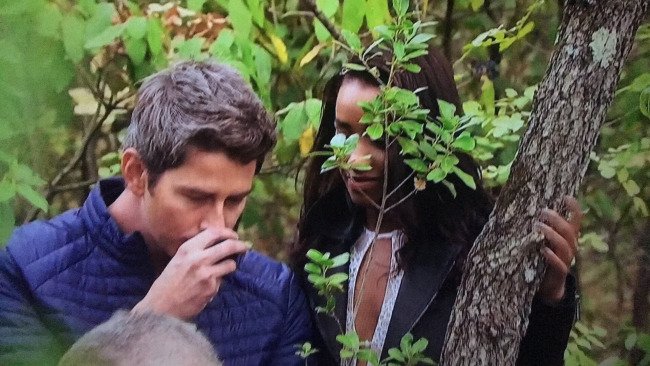 After finding some truffles, they were invited back to the man’s house for an authentic Italian meal with his family.  This was such a cool date!  The wine was flowing, and the people were just plain awesome.  But I have to say, the food took center stage on this date.  We’re talking fresh pasta with fresh truffles and homemade brick oven pizzas.  #YESPLEASE 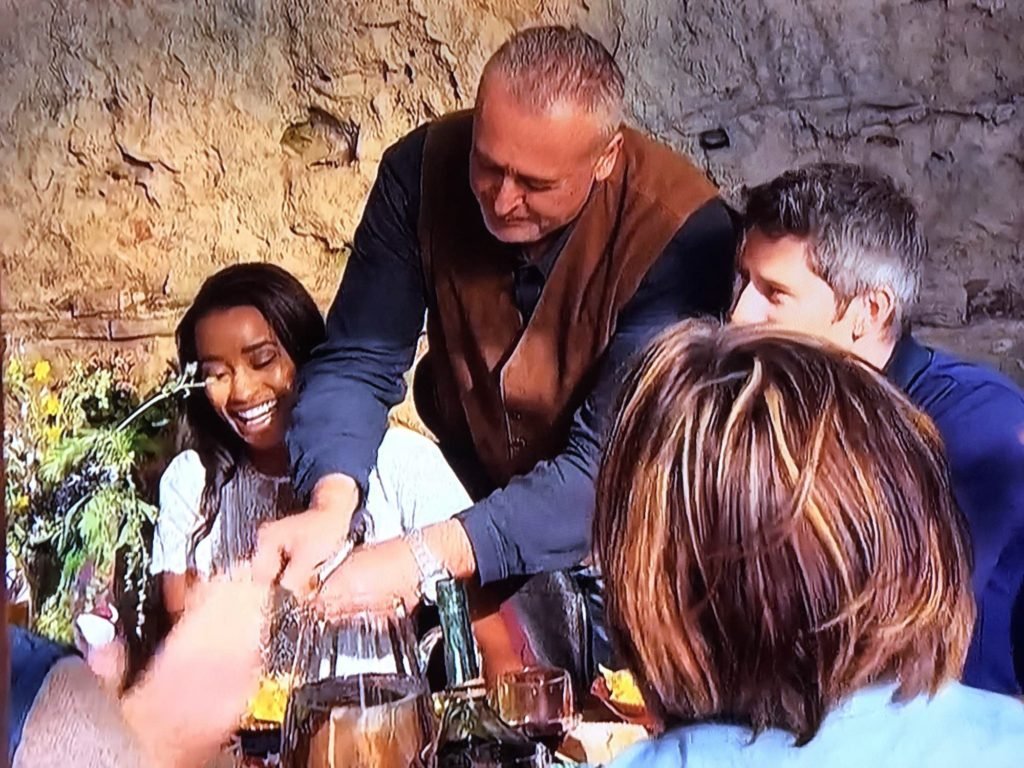 They sat around an outdoor table, eating the glorious food, and talking about love.  The family started chanting “kiss! kiss! kiss!”, and so they did.  They looked to be having a very nice time together. 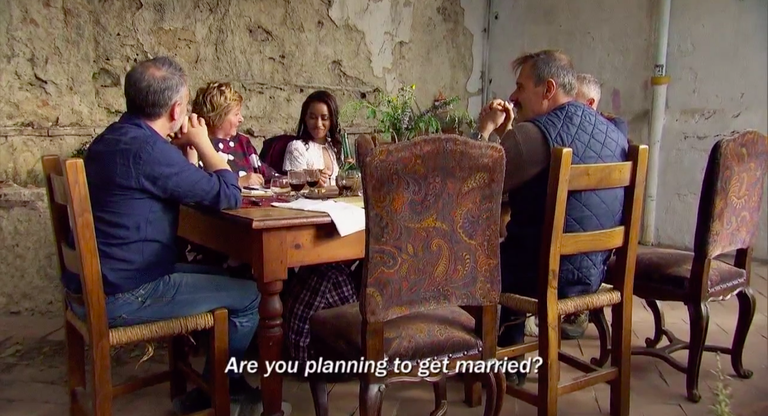 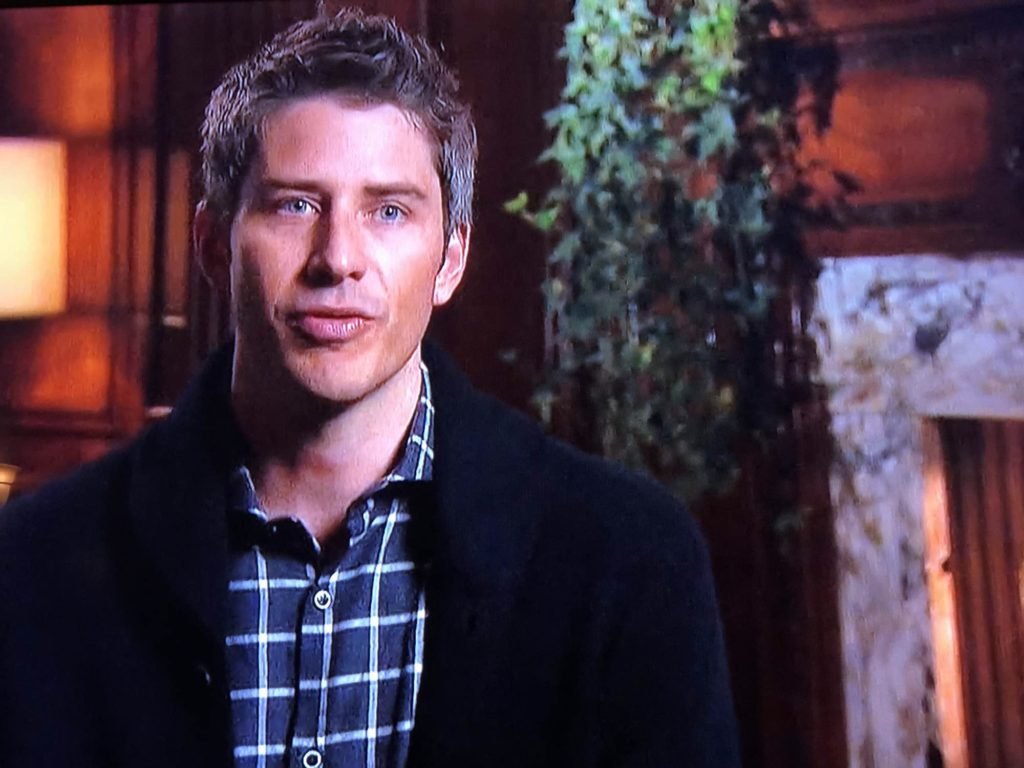 Arie asked Sienne if she would be ready to take him home to meet her family.  She said “yes!”, but her response was met with silence.  And then he didn’t give her the rose.  She said, “I’m definitely surprised, because I thought our relationship was developing…but you feel differently.  And I wish you the best.” 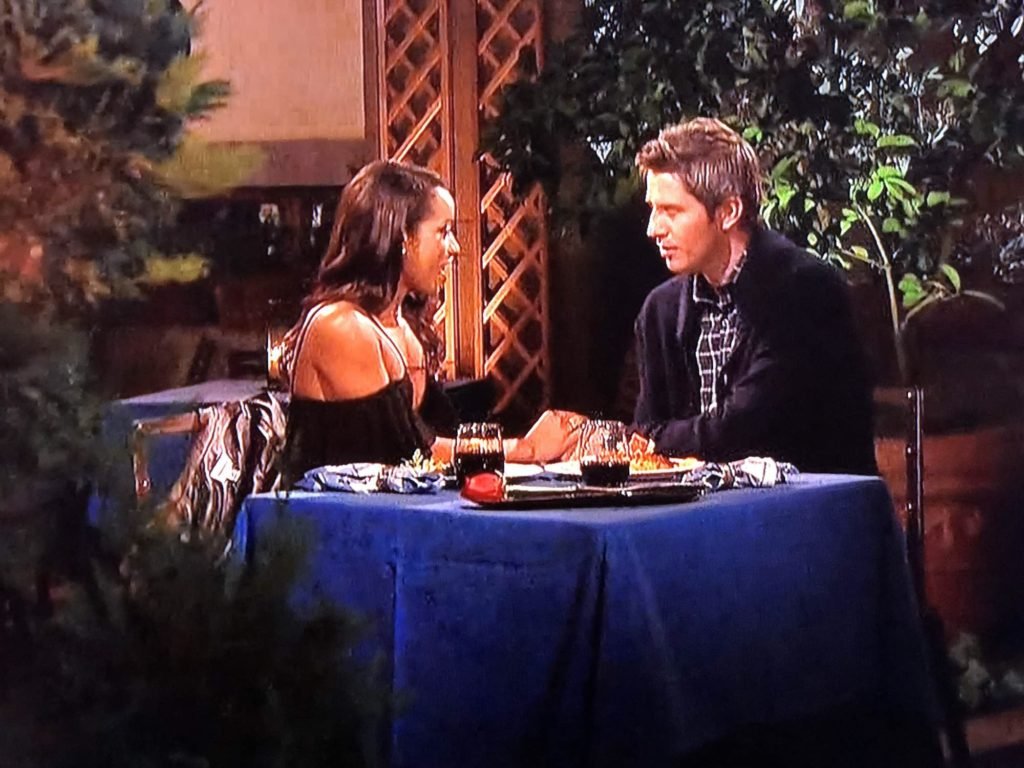 Back at the house, they took Sienne’s bags away, and the girls flipped.  Especially Rizzo, because she was psyched that her odds just went up. 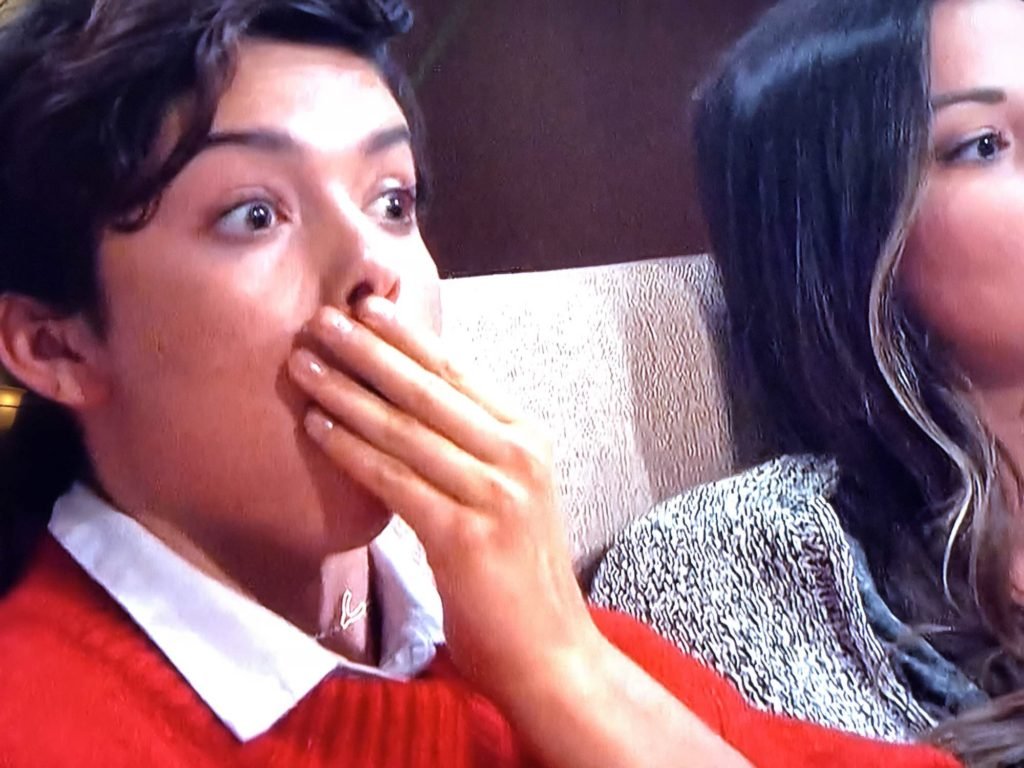 The group date card was for Rizzo, Tia, and Kendall…It said, “Meet Me at the Villa Reale.”

The Villa Reale was once owned by Napoleon’s sister, and is one of the oldest estates in Italy.  They roamed the grounds together, and it was all very Italian. #shoutoutLauren  It was also very sister-wivesish. 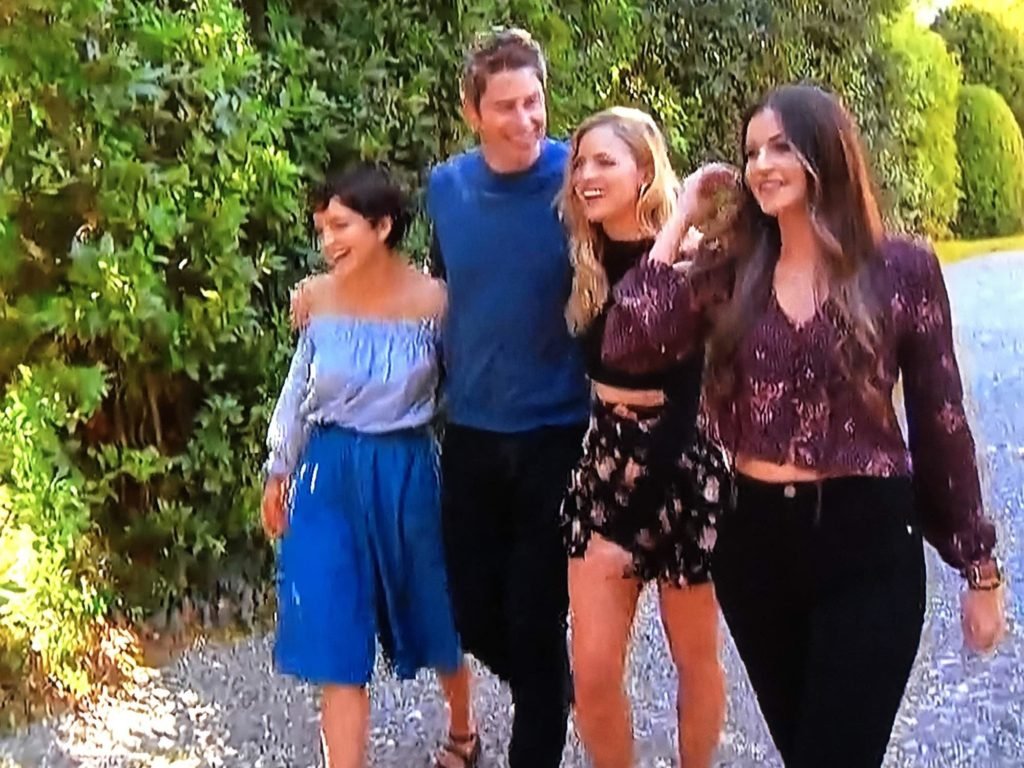 Rizzo was especially excited at the thought of an upcoming hometown date because she really wanted to go home to see her family.  And you know, get her name taken off of that pesky Missing Person’s list in her home state.

Arie and Kendall spent some time together, and they talked about what their future would be like. Kudos to Kendall for not mentioning the fact that she desires for their future home to be covered in stuffed animal carcasses.  Good call, Kendall.  Don’t want to reveal too much too soon. 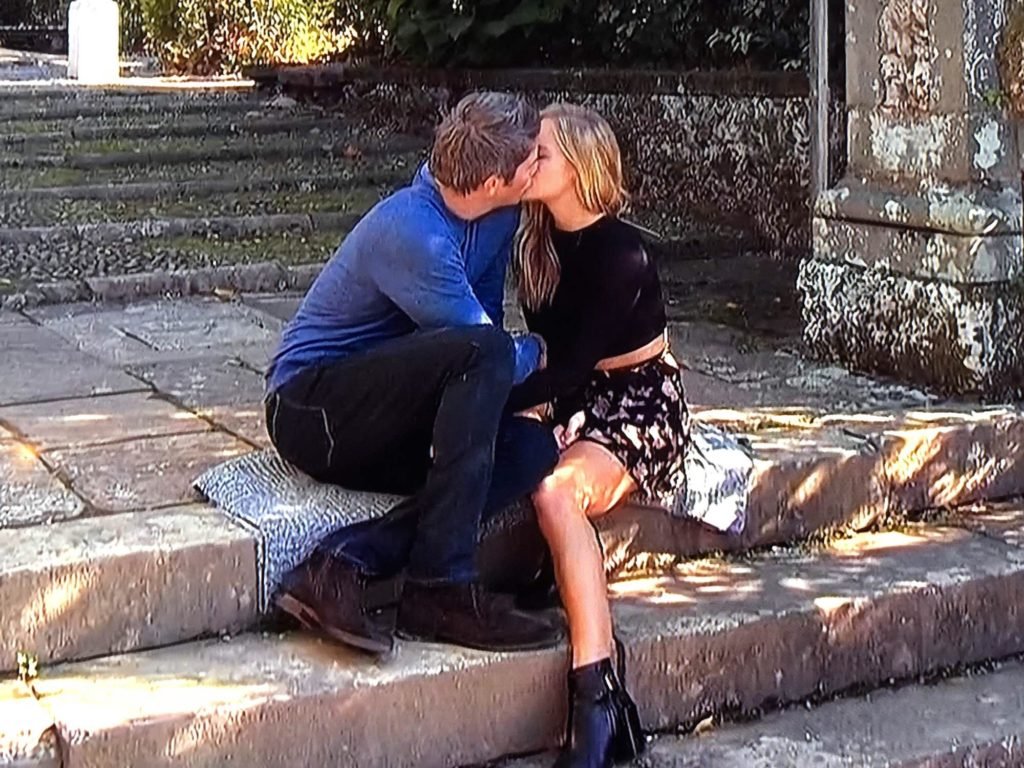 When Tia got alone time with him, she used it to throw Rizzo under the bus.  She told him that she wasn’t nervous at all about him meeting her family, and that her feelings for him were constant.  But she also let him know that she did not believe that Rizzo was anywhere close to being ready to be married or even make introductions to family members. 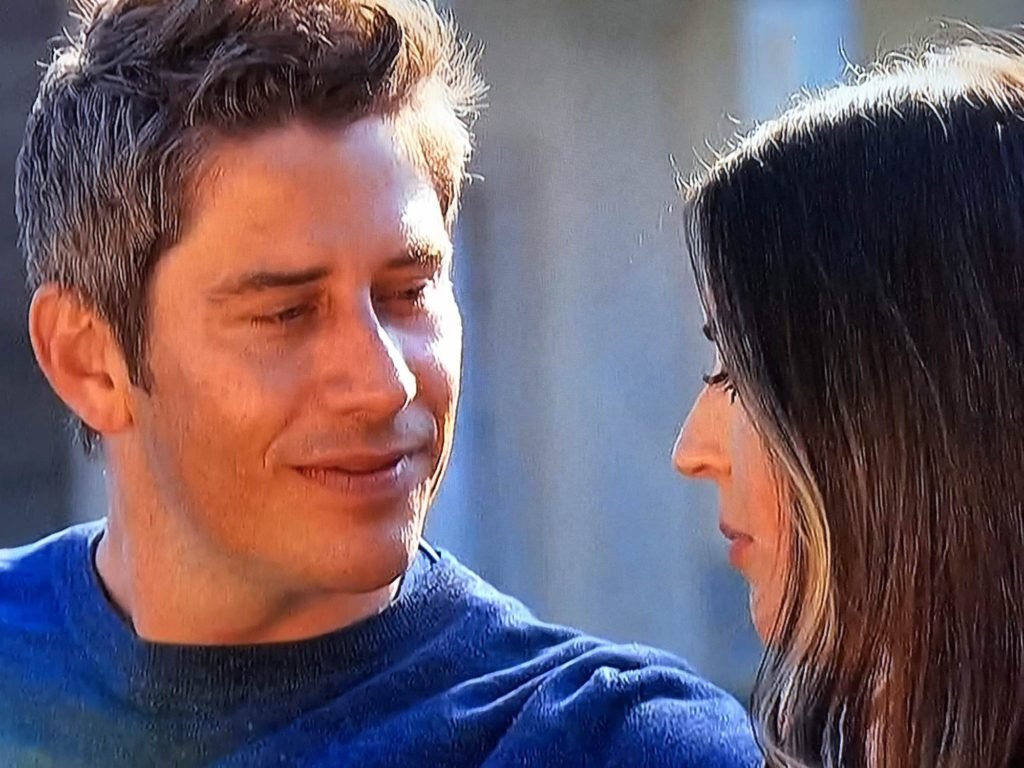 To her credit (I guess), Tia told Rizzo what she said to Arie about her, and y’all….Rizzo’s reaction was much different than I expected.  I thought she was going to be ticked off.  Instead, she burst into tears and said she felt hurt and misunderstood.  And then when she saw Arie, she couldn’t stop crying.  She was doing that thing that toddlers do when they literally can’t catch their breath, and you really have no idea what they are saying as they are talking through their tears.

Take a breath, Rizz.  And I’m going to tell you one last time, CALL YOUR MOTHER. 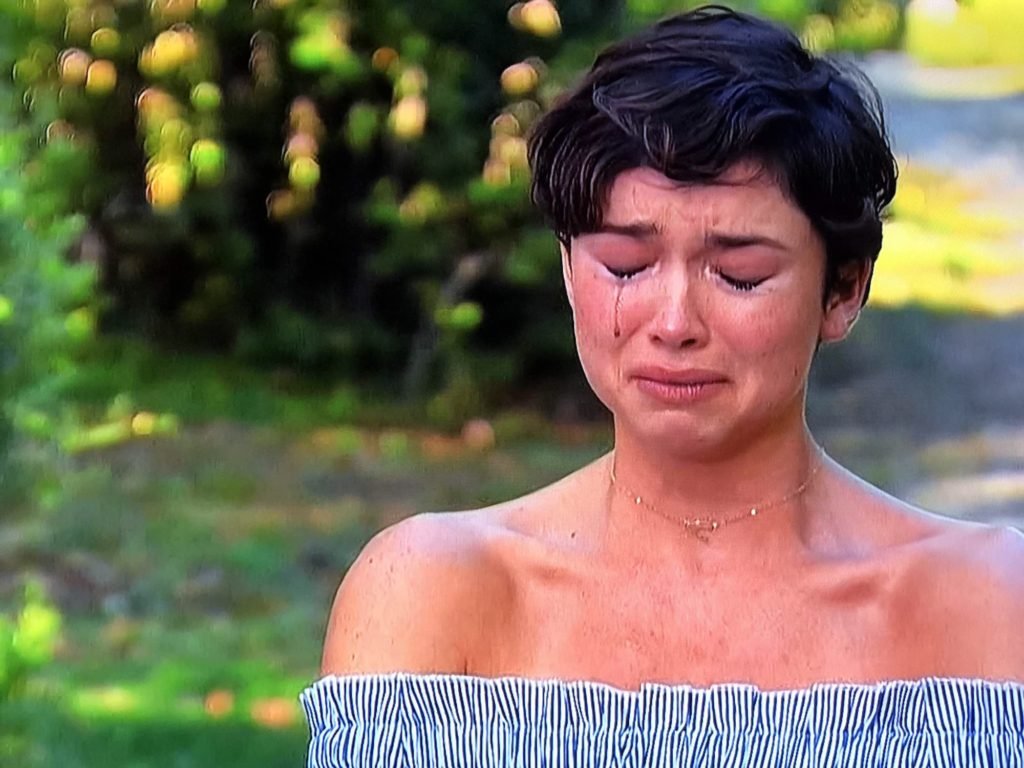 She went on to say that “I don’t like when I’m not seen for who I really am.”

So……. you want to be seen as a missing pot farmer who is totally ready for marriage.

When he got time with Rizzo, she broke down the second she laid eyes on him.  And I have to say, the whole scene looked very much like a dad comforting his teenage daughter who was a victim of mean girls at the middle school football game or a slumber party.  But I was yanked right out of the dad scenario when he stuck his tongue down her throat. 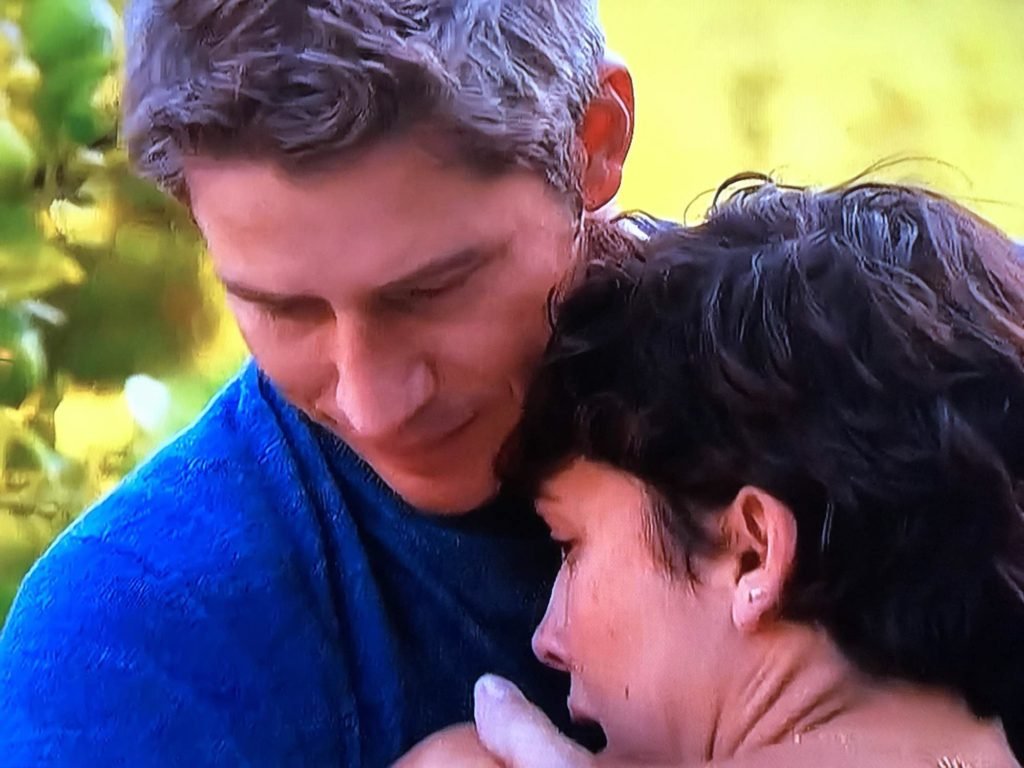 Arie asked her if he could ask her some hard questions.  He asked about her parents felt about her being on the show, and she said that they weren’t opposed to her being on the show, they just questioned the process.  HUH?  I thought her parents didn’t even know where she was!?  GOSH I WANT THIS GIRL TO GET A HOMETOWN DATE!!!  I want them to pull into her hometown and see her face on a freaking milk jug or on a flyer on the telephone pole by the local Sonic. 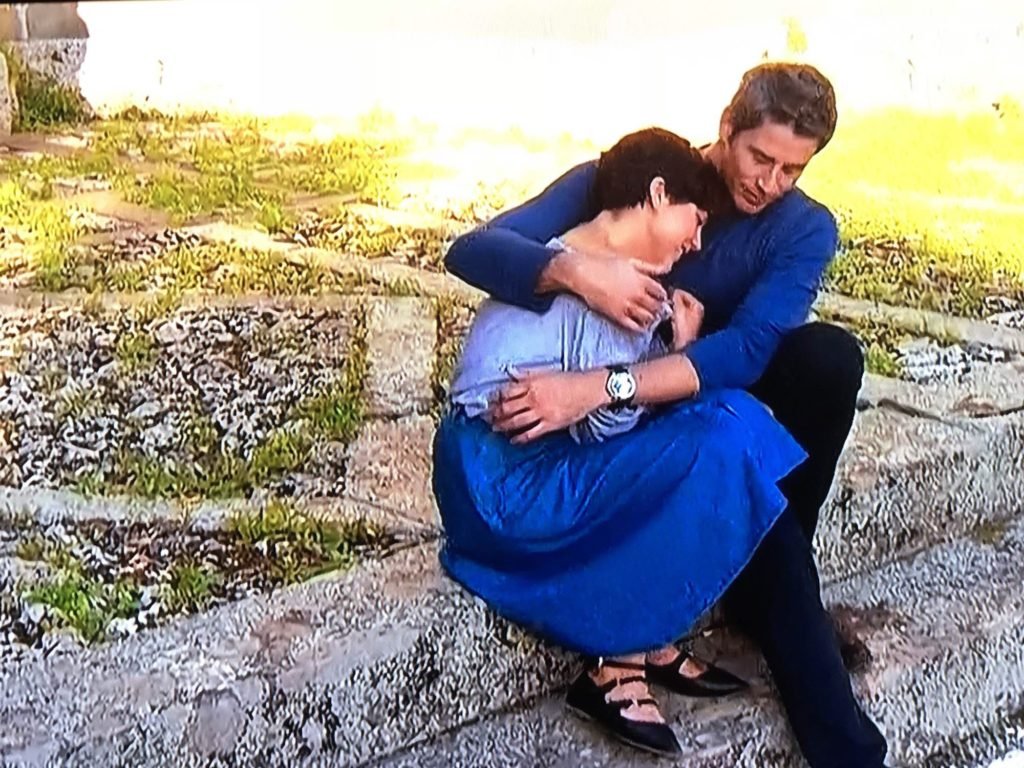 He sat down between Rizz and Tia.  He gave the first rose to Kendall, told her he couldn’t wait to meet her family, and then sent her on her away for the evening.

Which meant that evening that Arie would be basically having another 2:1 with Rizz and Tia.  Not much to report here, but after they both had some alone time together, Tia got the rose. 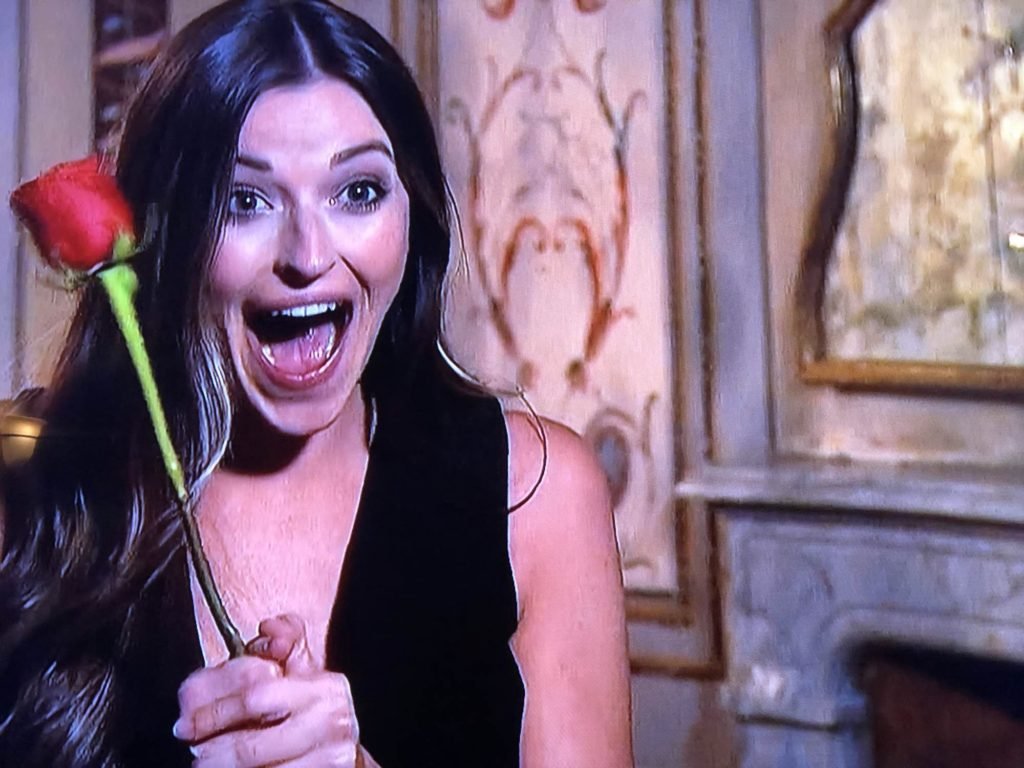 Rizz got in the limo and bawled her head off.  And after she was driven off, Arie cried too.  He explained it was hard because he really did like her a lot, he just couldn’t see their lives fitting together.

BUT Y’ALL!  NEXT WEEK?????  NEXT WEEK LOOKS PRETTY FREAKING EPIC!  BRING ON THE HATERS AND CRAZY FAMILIES!  I’m ready for ya.

See y’all tomorrow for Friday Favorites!  I’ve got some great stuff to share!

Filed Under: The Bachelor 14 Comments