Two things need to be said right off the bat:
1)  I still miss Selma’s boobies.
I think that should go without saying by now, but just in case it doesn’t…
I do miss them.
I think a little part of me always will.
2)  And now I miss Crazy.
I guess it’s true what they say. Absence really does make the heart grow fonder.
No “fall” down the stairs.
No neck brace.
No ambulance.
No hypothermia.
No emotional breakdown.
No eyebrow with it’s own brain.
No fun.

That being said……here’s my recap…….

AshLee is VERY pretty.  However, she dressed like a lumberjack.
AshLee, you showed us last week that you have a SMOKIN’ bod, so
please don’t cover it up with purple flannel.
Don’t you know you are supposed to be helping me fill Selma’s void?

AshLee and Sean had a picnic outside and she openly declared her love for him.  Again.
I really like Ashlee, and clearly she really likes Sean.
Look at her in the middle pic gazing up at him.
This girl is clearly smitten.

After their picnic, they headed home to meet her parents.
Oh, and in case you didn’t know, she’s adopted.
j/k
Ashlee again starts talking in metaphors about her Polar Bear Plunge.
When she tearfully said “I submerged everything and I left it in the water.”,
I might have rolled my eyes.
Okay…I did roll my eyes.
I actually really like AshLee a lot…but my eyes just automatically rolled anyway.
They do that sometimes.  Just ask the hubby. 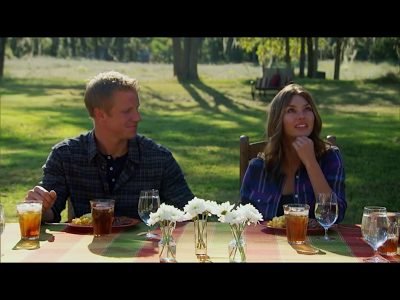 I’ll tell you what you left in the water Ashlee….
your common sense, your ability to say “no!”, and probably your outermost layer of skin.

One of my favorite parts of the show was how completely unimpressed AshLee’s parents were with the idea of the romance that went down on the beach.
Ashlee was all, “We rolled around in the sand.!” 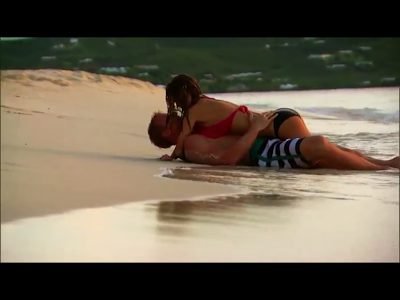 And Ashlee’s daddy was all….. 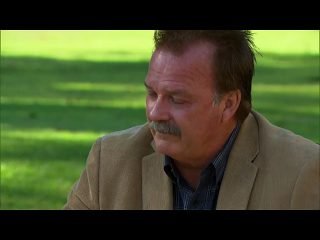 And Ashlee’s mamma was all…. 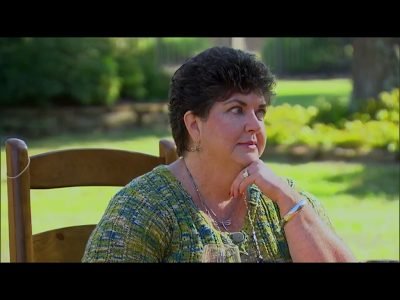 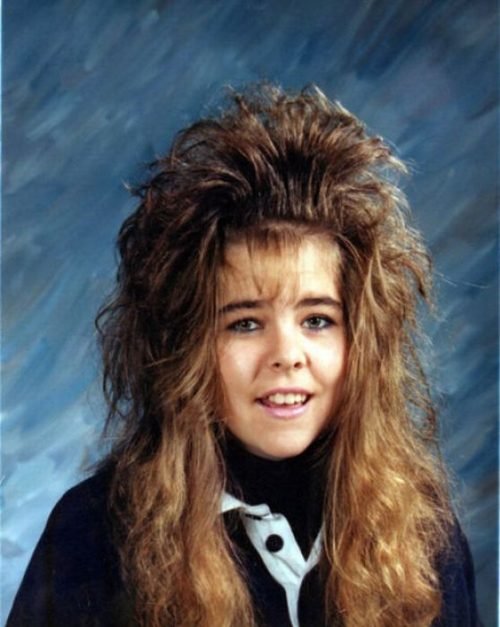 sidenote:  I think I might have gone to junior high with this girl.

Back to the date.
Sean has 1:1 time with each of Ashlee’s parents.

Mom says, “What are your intentions? Are you going to break her heart?”
Dad good-naturedly threatens physical violence.  😉
And then, one of the sweetest moments ever.  Like EVER.
Ashlee’s dad talked about meeting Ashlee for the first time and how he fell in love with her on site.
You guys…it was seriously heart-warming.
And I’m now wanting Sean to pick Ashlee more than ever.
And if he doesn’t pick AshLee, maybe he can just break the rules and pick AshLee’s dad.
Mainly because I think Ashlee’s dad and Sean’s dad would be BFF.
They could hang out in one of their beautiful backyards together, talk about being a pastor/reverend, and talk about how much they love their families.
I’m telling you…they are a match made in BFF heaven.

Aren’t they cute together?

Seriously impressed with Sean’s fish catching skills.  Those are some slippery suckers.
The banjo dancing was fantastic, and I’m not trying to be funny here. Like I REALLY loved watching them do the little jig together.  They looked like they were having so much fun!  They seemed to be so at ease with each other, and for the first time I really saw a genuine spark between them! 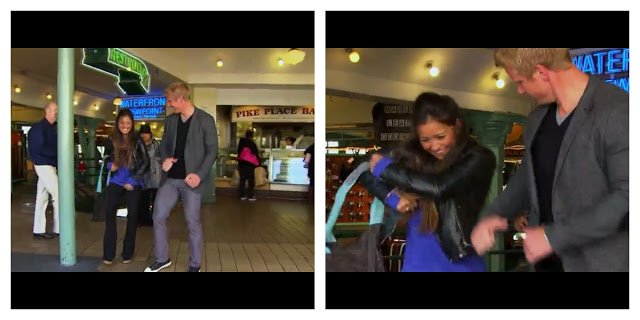 Sean meets the family and asks Catherine’s sisters, “Do you think you could see her settling down?”
And the long pause and long winded answer seems like a BIG FAT “NO” to me.
Check out the sister on the right’s expression.  This is what she looked like immediately after Sean asked the settling down question.
That face says “NO WAY  JOSE”. 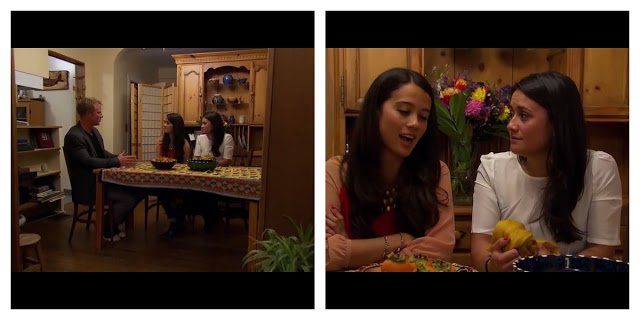 And let me say this, if Catherine were to ever run for office, I’m thinking her sisters shouldn’t be responsible for her campaign.

They were all….
“it’s not like she’s dirty, but…..” and “somebody needs to be able to handle her moods”.
Not the most glowing endorsements for a future wife.
Thanks a lot sisters.
Still….I’ll say it again….there was some serious chemistry on this date, and it was fun to watch!
And I really liked the coral shirt and necklace that one of the sisters was wearing.  So there’s that.
HOMETOWN DATE #3:
Lindsay in Fort Leonard Wood
May I say that she’s looking better than ever!  Don’t you agree? 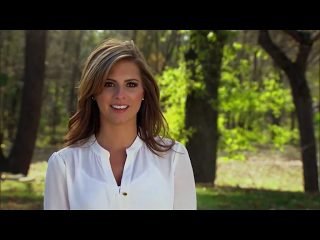 Who would have thought this this girl would have made it to hometown dates?!?  Certainly not me! 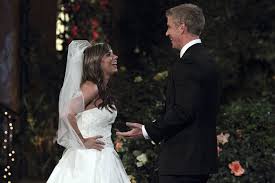 Her fashion sense has kicked it up several notches, and I LOVED how she wore the black skinny jeans with her brown boots.
Well done.
(More on this look later.) 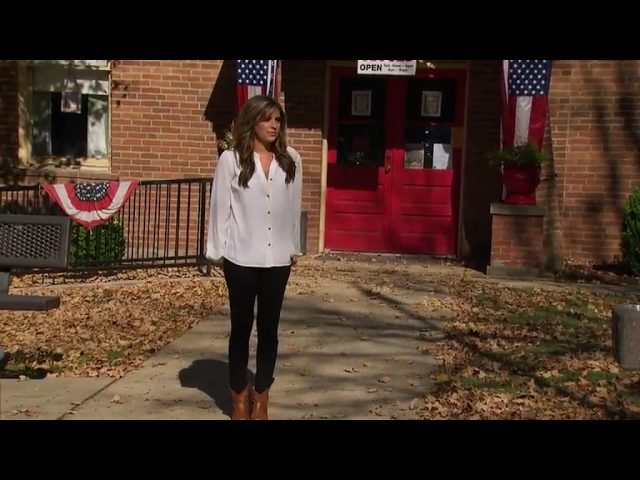 The whole “army prep” was a little corny, but that’s okay.

Her little baby voice shouting out military orders might have made me smile once or twice.
The worst part about it was that Sean had to sport a mock turtleneck.

Lindsay’s mom was just as sweet as can be.
Lindsay’s dad might be a 2 star general, but I think he’s just a big ol’ teddy bear with a crew cut. 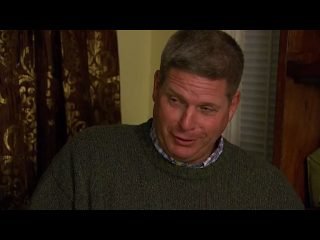 Desiree in Los Angeles
During the Bachelor audition process,
I wonder if the girls are asked to jump up and mount a producer?!?
I don’t think I have ever in my life run up and jumped on a guy like that,
but these girls do it all the time, and it looks like they’ve practiced. 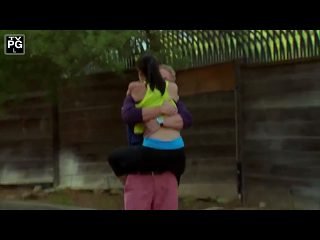 Desiree says “I want to go hiking, enjoy his company, and make-out.”
Well said Desiree.
Sean and Des are cooking dinner at Des’s house when the doorbell rings.
Payback is a B Sean.
Des’s “boyfriend” comes in, professes his love, makes Sean clinch his fists (with a dramatic close-up) and then they shout  out, “Ha ha!  Just kidding Seanie!”
Sean was a super good sport. 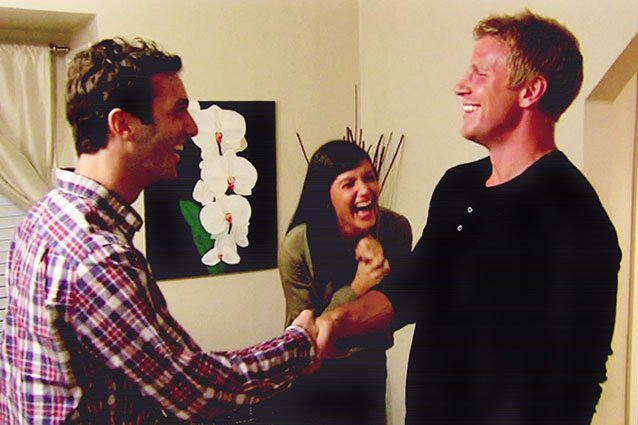 Desiree’s family meets Sean,
and poor sweet Des might as well have packed her bags right then and there.
I think her brother single-handedly took her down.
He seemed to have a major chip on his shoulder.

Listen up Nate:
We understand Sean is cuter, better built, smarter, and way nicer than you (and that might make you uncomfortable).
But good news dude, he’s not trying to date your girlfriend,
he’s trying to date your sister!
So, CALM THE FREAK DOWN.

I loved it that Sean was able to keep his cool.  He very genuinely said,
“I’m sorry that I gave you that opinion, but that’s not me, at all.”
GO SEAN!

I don’t know what Nate was trying to prove, but if it was that he is a total  and complete jackwagon, then he did a bang up job.

My goodness I wanted to wipe that smirk off his face.
And kick him in the crotch. 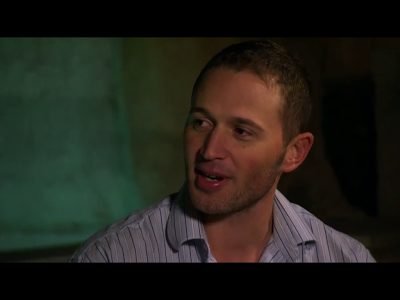 What. A. Tool.
Too bad Tierra is supposedly engaged. I’m thinking Nate and Tierra could have been a good fit.

Cut to the rose ceremony.
Sean sends Des home.
So sad to see her go.  I thought she was cute and bubbly and lots of fun to watch.
Bye Des.  I’ll miss you.
And to wrap up the recap, I would like to send an open letter to Des’s brother.

Dear Nate,
You suck.
Sincerely,
Desiree, Sean, and the rest of America

Now…before we leave…I want to highlight Lindsay’s look.
If you’re a regular reader of this blog, you know that Pinterest has convinced us that wearing black and brown together is no longer a fashion no-no.  In fact, it is AWESOME!
Exhibit A, B, and C

Lindsay did it very well on Monday night when she wore a
cream shirt, black leggings/jeans, and brown boots.
I thought she looked great. 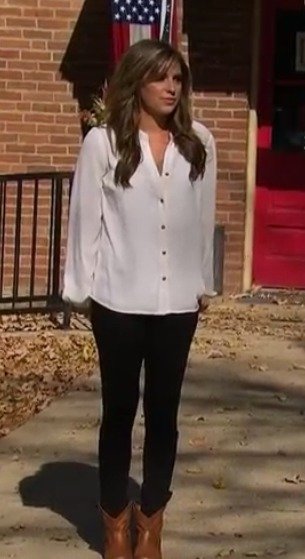 I mixed black and brown for the first time back HERE in the summer, and I really liked the look.
Now I do it all the time. 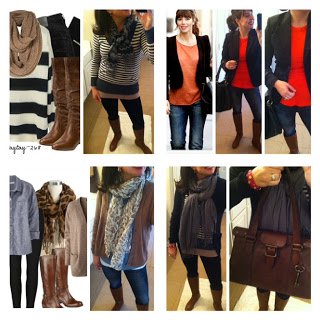 I think the easiest way to pull off black and brown together is to wear black clothing
with brown accessories.
And I think it’s often best to go with a lighter brown vs. a darker brown for optimum contrast.
I promise you that you might feel weird the first time you do it…but you will LOVE it.
And it’s not just for fall and winter, it’s for summer too (see below)!
Actually, I think the summer outfit would look even better with brown flip flops or wedges.
More contrast = better! 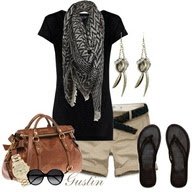 Soooooo….
if you want to try to rock the black and brown look yourself (and you totally should because all of the cool people are doing it), see below for some options.
Click on a pic if you’re interested.

Black Clothing Options:
love ALL of these options

Brown Boot Options:
REALLY digging the wedge boots on the left.  A LOT. And they are ALL on sale.
Now is a great time to buy boots.

Brown Wedge Options for summer:
The middle one is my absolute fav.  LOVE the color and love the detail on the wedge.  They would look so great with a black dress, black short shorts, black skinny jeans, EVERYTHING!  They would also look perfect with everything else in my closet.  Yes, I think I need them.

So….we’ve learned 2 very important lessons today:
1)  Brown and black together are awesome.
2)  Never invite your stupid brother to dinner to meet your boyfriend on national t.v.

you can follow me on Pinterest HERE
you can find me on twitter at @simsslp
And don’t forget to check out Shay’s blog HERE for her city by city take on the hometown dates!
Linking Up Today with:
The Pleated Poppy, Get Your Pretty On,
Random Wednesday